What Is Trump Worth To Twitter? One Analyst Estimates $2 Billion

That's the conclusion of Monness Crespi Hardt & Co. analyst James Cakmak, who said that the social media company would see as much as $2 billion in market value wiped out if @realDonaldTrump quit tweeting. 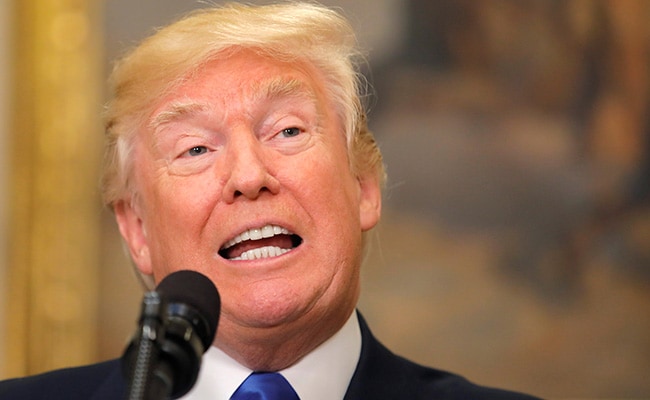 Analysts say if President Donald Trump stops tweeting, Twitter could lose as much as $2 billion. (File)

Without Donald Trump, Twitter Inc. could lose almost a fifth of its value.

That's the conclusion of Monness Crespi Hardt & Co. analyst James Cakmak, who said that the social media company would see as much as $2 billion in market value wiped out if @realDonaldTrump quit tweeting.

It's not that the president's defection would touch off a mass exodus, lowering the number of "monetizable" daily active users, Cakmak said in an interview. Instead, losing its most prominent user would hit Twitter's intangible value and lead to what's known as multiple compression.

"There is no better free advertising in the world than the president of the United States," said Cakmak, who has a neutral rating on Twitter shares.

While Twitter doesn't disclose the total number, Cakmak estimates daily users are around 125 million, about 30 percent fewer than Snap Inc. Twitter said in July that daily active users rose 12 percent in the second quarter, compared with the same period in 2016.

Trump has 36 million followers and has tweeted more than 35,000 times since joining the social media service in 2009.

Twitter's business doesn't face much risk from "potential diminishing political relevancy," Cakmak said in a note published Thursday. "What's most important is the execution of the right strategy, since at the present state we find Twitter not capitalizing on the opportunity that's in front of them."

Twitter shares have fallen 14 percent since Trump won the presidency in the November 8 election. The company's market cap is about $11.7 billion, according to data compiled by Bloomberg.