What Happened When I Tried to Delete My Ashley Madison Account 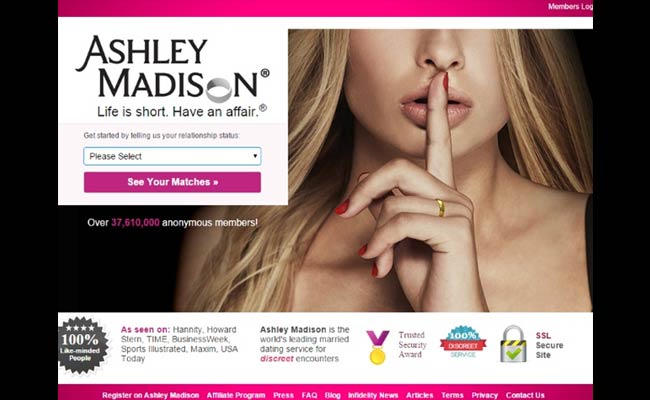 Hackers threatened to release the identity and credit card details of 37 million adulterers on Monday. And it turns out I was one of them.

I set up an Ashley Madison profile last year to investigate the site's claims to have built an "infidelity map of the UK". But when I attempted to delete my account, I was presented with a &#163;15 charge. Given the service runs on discretion, I decided my personal information would probably be safe and I forgot all about it until last night.

When the story broke, I attempted to gain access to my account and delete my profile - a service Ashley Madison were temporarily offering for free. But I couldn't remember my password. I requested a reset, but the emails failed to arrive. I called their UK customer service for assistance, and this is when things became increasingly confusing. Customer service agents gave different information, calls were dropped and the site's internet was down.

"We currently have a technical fault and don't have access to accounts so can't reset your password," a customer service representative with a North American accent said. They tried their best to allay my fears, and emphasised that this was not at all related to Monday's hacking incident. The agent then suggested that I call back in an hour, because they didn't have access to the internet.

I became increasingly worried about my identity being leaked online. Although I've never been an active user, the idea of my registered email address - which includes my full name and where I work - being published on a list of adulterers filled me with slight dread.

I called back, specifically to ask them how much they thought I needed to worry. "Only two of our members have been affected. Credit card details are not saved in our servers, it's saved in payment processors. Email address and photos are saved in the system. But no one has access to us, it takes a lot to break our system," a different customer service representative said.

Reassuring customers is the job of a customer service agent. But these statements didn't tally with what I'd seen in reports. An initial statement from Ashley Madison's attackers does contain the details of only two specific customers, one from Massachusetts and one from Ontario. But it also contained a link to six different repositories of a data dump containing 2,500 records, until Ashley Madison used copyright law to get the mirrors removed.

Every customer service agent I spoke to tried hard to reassure me that my details were safe. "Our system is completely secured. They tried to hack the site but they weren't successful. Your details are never compromised," one said.

The hackers still claim to hold the information of all 37 million user accounts, including mine.

On the fifth call, I eventually reached an agent who could reset my password so I could delete my account. I was put on hold for a few minutes. The customer service agent returned with good news: I had a new password. It was 12345.