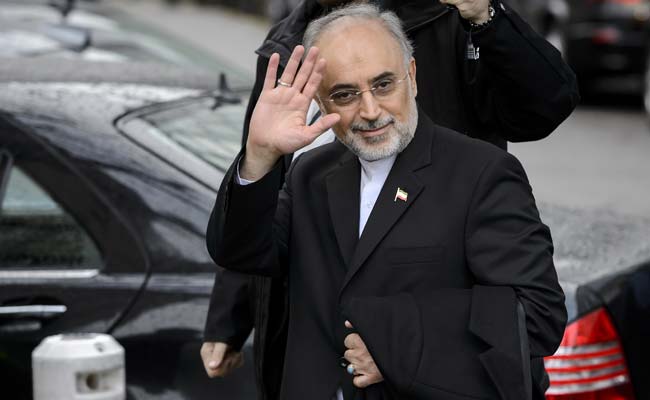 With the clock ticking down to a third, perhaps final deadline for a deal to rein in Iran's nuclear program, top diplomats are ramping up efforts to pin down details.

US Secretary of State John Kerry met twice in Geneva with Iranian Foreign Minister Mohammad Javad Zarif on Sunday and Monday, and could join fresh talks planned next week in Switzerland, US officials said.

"We're in the endgame now," Joe Cirincione, president of the Ploughshares Fund, who has long worked on non-proliferation issues, told AFP.

Few specific details of the accord under discussion since the November 2013 interim deal have leaked out, with officials remaining tightlipped to protect the integrity of the high-stakes negotiations.

But here are some of the key issues at stake:

THE GOAL:
To reach a verifiable, comprehensive agreement that limits Iran's ability to harness enough fissile material to build a nuclear bomb. In return, the international community would initially ease and then lift all sanctions imposed on the Islamic Republic.

BREAKOUT TIME:
The US government and observers want to cut Iran's ability to build an atomic weapon to a "one-year breakout time." That would mean Tehran would need at least 12 months to be able to produce enough fuel for a nuclear bomb.

The assumption is that the international community would have enough time to detect such a move - and could seek to strike or destroy the facilities.

This year-long breakout time would stay in place for the length of the deal, which US officials have said they want to be in "double-digits." But the exact timespan remains unknown and contentious.

ENRICHMENT:
This is one of the trickiest issues. Iran currently has about 19,000 centrifuges. About 10,200 centrifuges are in operation, used for spinning uranium gas at supersonic speeds to make it suitable for power generation and medical uses but also, at high purities, for a bomb.

According to documents leaked by the Israelis, and deemed accurate by non-proliferation experts, the US wants Tehran to reduce its total number of centrifuges to between 6,500 to 7,000.
Most experts say Iran would never agree to dismantle all its centrifuges.

Under the 2013 interim deal, Iran has halted production of 20 per cent highly enriched uranium and eliminated or diluted much of its stock down to just five percent.

There may also be a proposal for Iran to ship its uranium gas to Russia, which would convert it to fuel rods for the Bushehr nuclear plant which Moscow helped build.

NUCLEAR PLANTS:
The P51 wants to remove all uranium enrichment from Fordo, Iran's second main enrichment site deep in a bombproof bunker under a mountain near Qom, and concentrate it at a more accessible plant in Natanz.

On the unfinished heavy water reactor of Arak, there "is every indication they have arrived at a configuration that will result in it producing dramatically less plutonium than the original design," said Cirincione.

Plutonium can be used as an alternative fissile material to highly-enriched uranium.

MONITORING:
A tough inspection program using the UN watchdog, the IAEA, is a cornerstone of any deal to ally any fears that Iran could covertly develop a nuclear arsenal. Under the interim deal, Iran has accepted daily inspections.

SANCTIONS:
Iran wants all sanctions, imposed by the US, EU and UN, lifted. But world powers have refused, talking instead about a phased, gradual easing of the measures. Experts say untangling the sanctions -- from those also imposed for Tehran's terror activities -- could in fact be proving one of the most difficult tasks.

Promoted
Listen to the latest songs, only on JioSaavn.com
Under the Joint Plan of Action agreed in November 2013, the global powers known as the P51 acknowledged that a comprehensive deal "would enable Iran to fully enjoy its right to nuclear energy for peaceful purposes" in line with the nuclear Non-Proliferation Treaty (NPT).