The spacecraft is to take astronauts to the Moon in the coming years -- the first to set foot on its surface since the last Apollo mission in 1972. 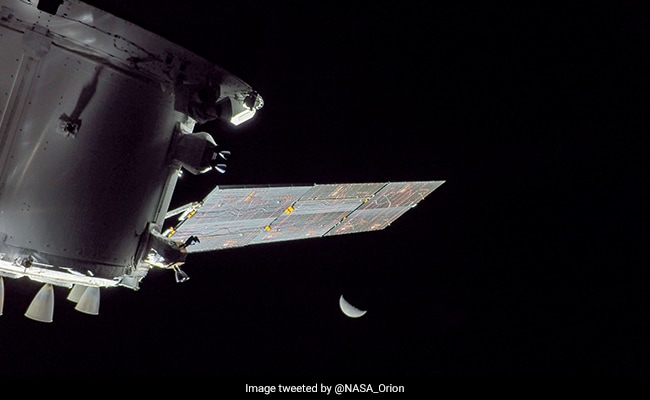 A little over a week after the spacecraft blasted off from Florida bound for the Moon, flight controllers "successfully performed a burn to insert Orion into a distant retrograde orbit," the US space agency said on its web site.

LIVE NOW: The @NASA_Orion spacecraft is performing a burn to enter a distant retrograde orbit around the Moon, an orbit that is high altitude from the surface of the Moon and opposite the direction of the Moon travels around Earth. #Artemishttps://t.co/gknxQkBWFc

The spacecraft is to take astronauts to the Moon in the coming years -- the first to set foot on its surface since the last Apollo mission in 1972.

This first test flight, without a crew on board, aims to ensure that the vehicle is safe.

"The orbit is distant in that Orion will fly about 40,000 miles above the Moon," NASA said.

While in lunar orbit, flight controllers will monitor key systems and perform checkouts while in the environment of deep space, the agency said.

It will take Orion about a week to complete half an orbit around the Moon. It will then exit the orbit for the return journey home, according to NASA.

It will then begin the journey back to Earth, with a landing in the Pacific Ocean scheduled for December 11, after just over 25 days of flight.

The success of this mission will determine the future of the Artemis 2 mission, which will take astronauts around the Moon without landing, then Artemis 3, which will finally mark the return of humans to the lunar surface.

Those missions are scheduled to take place in 2024 and 2025, respectively.

"My Son Was A Beautiful Soul": Mother Of Black Man Thrashed By US Cops