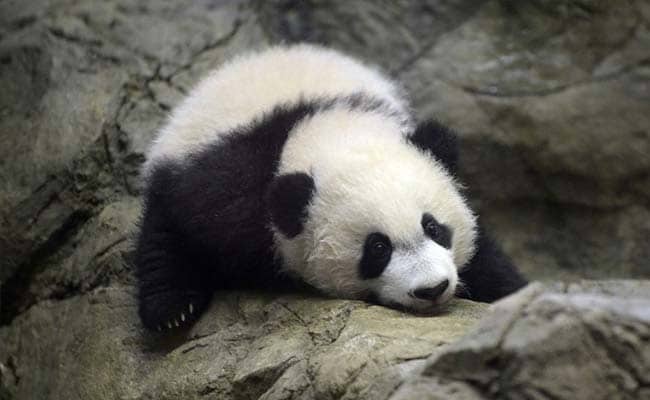 Washington: Washingtonians got their first close-up look today at the giant panda cub Bei Bei, the new star of the National Zoo.

Until now, the cub could be viewed only through the so-called Panda Cam, a video hookup that has allowed people to watch the now five-month-old cub since its birth.

A line formed outside the panda enclosure today morning before opening time to get a look at the ball of fur inside its soundproof glass enclosed pen.

Some wore hats, sweaters and gloves with pandas on them.

Visitors came into the pen in groups of 50 at a time and were allowed about 10 minutes to view the panda, an endangered species. Upon leaving, some got right back in line to see Bei Bei again.

His keepers had worked to get him used to people by having zoo employees and reporters stop by to see him. The official media debut was a month ago. 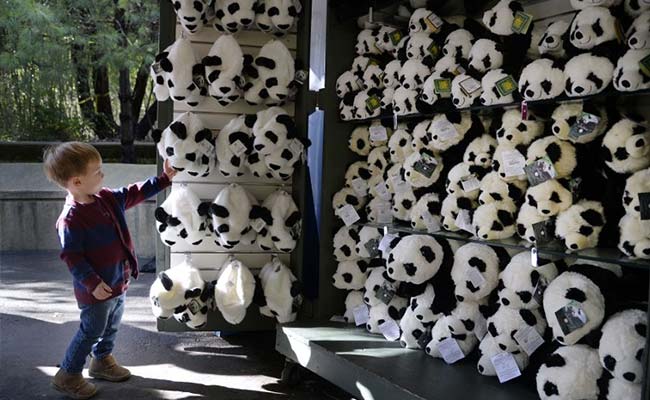 Bei Bei has already been fussed over by two first ladies -- Michelle Obama and her Chinese counterpart Peng Liyuan -- during a state visit to Washington in September.

Like his big sister Bao Bao and their older sibling Tai Shuan, Bei Bei will be handed over to China at age four. (Bei Bei's twin brother died shortly after birth.)

Their parents, Mei Xian and Tian Tian, are on loan from China and will remain in Washington at least until 2020 under a recently renewed agreement. Under that accord, the zoo pays $500,000 a year to support conservation efforts in China.