Washington Monument Shut Until At Least 2019 For Repairs 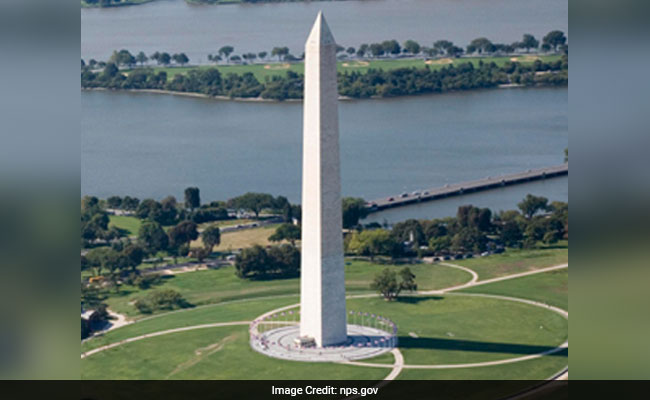 The Washington Monument was closed again due to problems with its elevator.

Washington, United States: The Washington Monument, which has been plagued with elevator problems since a 2011 earthquake struck the US capital, will remain closed until 2019 for much-needed repairs and renovations, the National Park Service said on Friday.

A new elevator will be installed in the towering landmark -- one of the most popular in the US capital -- to allow visitors to reach the top of the giant stone obelisk for sweeping views of the city and its surroundings.

Billionaire businessman and philanthropist David Rubinstein has donated the $2-3 million needed to complete the project, which will resolve ongoing mechanical, electrical and computer issues.

"The monument has become a symbol of our country, and reminds everyone of the towering strengths of our first president," Rubinstein said in a statement issued by the National Park Service.

"I am honored to help make this symbol safely accessible again to all Americans as soon as practicable."

Rubenstein, co-founder and co-chief executive officer of private equity firm The Carlyle Group, is among the richest people in the United States, with a net worth of some $2.5 billion, according to Forbes Magazine.

It is the second time he has given funding to repair the monument, Washington's tallest edifice at slightly over 555 feet (169 meters).

A surprise 5.8-magnitude earthquake that rattled the US East Coast in 2011 opened a small crack near the top of the iconic monument, built in honor of the nation's first president, George Washington.

Promoted
Listen to the latest songs, only on JioSaavn.com
Officials at the time temporarily shuttered the building. It was reopened after months of repairs but had to be closed again indefinitely in August this year over the elevator problems.

"The Washington Monument is expected to re-open to visitors in 2019," the National Park Service said.