Want to Move to Australia? Sydney Or Melbourne May Be Off Limits

The influx of immigrants that's equivalent to one person arriving in Australia every minute is causing a backlash in the biggest cities. 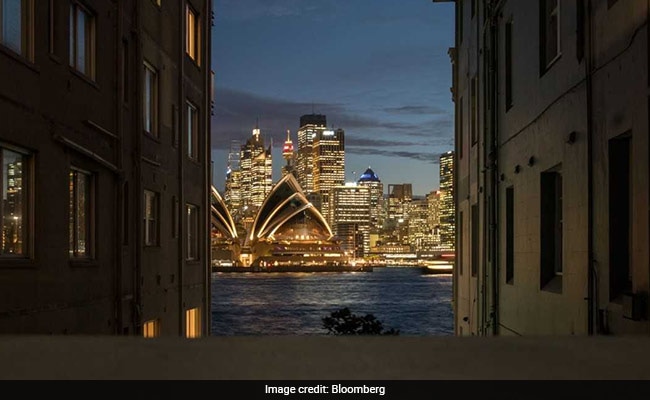 Australia adds one person per minute as population angst swells

New migrants wanting to settle in Australia may soon face a big condition on their stay: Sydney and Melbourne will be off limits.

According to the Australian newspaper, Prime Minister Scott Morrison's government will force thousands of migrants to settle outside the nation's two largest cities for up to five years. It's seeking to address concerns about rapid population growth and the impact on infrastructure ahead of an election that must be called by May.

The influx of immigrants that's equivalent to one person arriving in Australia every minute is causing a backlash in the biggest cities. While the flood of arrivals has swelled the population by 50 percent over the past three decades and underpinned economic growth, residents are frustrated that their quality of life has been compromised, with house prices too high, roads clogged and wages stagnant. 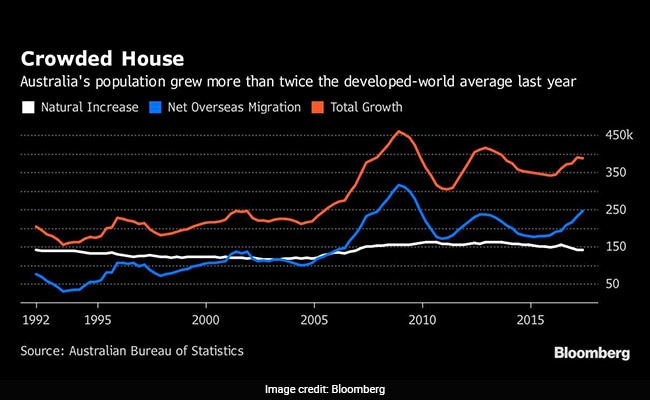 "There clearly is a concentration of migration purely into Sydney and Melbourne," Steven Ciobo, a member of Morrison's cabinet, said in a Sky News interview on Tuesday. "We know that's putting immense pressure on a range of areas. So what we're looking at is policy tools to ensure we enjoy the benefits of migration but do so in a sustainable way by making sure we focus on dispersal."

Population and Urban Infrastructure Minister Alan Tudge will announce key elements of the new policy on Tuesday, the newspaper said. The measures may affect just under half of the total intake, specifically those not sponsored to work in a major city by companies or granted visas to join their families, it said.

While governments from the U.S. to the U.K to Europe have clamped down on immigration, Australia has taken the opposite route: its permanent migration program welcomed almost 184,000 new arrivals in fiscal 2017.

Australia Adds One Person Per Minute as Population Angst Swells

Just over half of Australians think the total number of migrants coming to Australia each year is either "about right" or "too low," according to a Lowy Institute survey published in June 2017. Four in 10 said the number was too high.

Australia's so-called points system for assessing potential migrants sees skilled workers ranked by their need, and they must also pass health and character tests. Those becoming citizens must first pass an English-language quiz on the nation's constitution, history and values. India is the biggest source of skilled migrants, comprising 21 percent in fiscal 2017, followed by China on 15 percent and the U.K. with 9 percent.