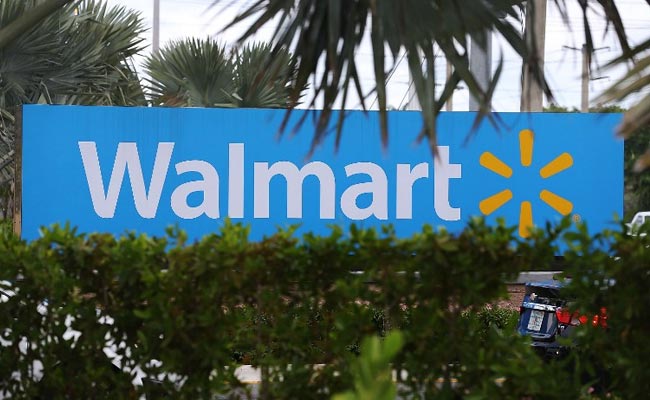 Wal-Mart Stores Inc is running a new price-comparison test in at least 1,200 U.S. stores and squeezing packaged goods suppliers in a bid to close a pricing gap with German-based discount grocery chain Aldi and other U.S. rivals like Kroger Co, according to four sources familiar with the moves.

Wal-Mart launched the price test across 11 Midwest and Southeastern states such as Iowa, Illinois and Florida, focusing on price competition in the grocery business that accounts for 56 percent of the company's revenue, said vendor sources with direct knowledge of the matter who did not wish to be identified for fear of disrupting business relations with Wal-Mart.

Wal-Mart's tests are aimed at finding the right price point across a range of products that will attract more shoppers, and then adjusting prices as needed.

Spot checks by Reuters on a basket of grocery items sold by competing Aldi and Wal-Mart stores in five Iowa and Illinois cities showed Wal-Mart's bid to lower prices is already taking hold. Wal-Mart consistently offered lower prices versus Aldi, an improvement over recent analyst estimates that Wal-Mart's prices have been as much as 20 percent higher than Aldi on many grocery staples.

The competition at these stores is intense, with both competitors selling a dozen large eggs for less than a dollar. A gallon of milk at some stores was priced at around $1.

Wal-Mart also said it expects suppliers to help the company beat rivals on head-to-head pricing 80 percent of the time, these vendor sources said. The wide-ranging meeting with suppliers - where Wal-Mart discussed other topics - was also attended by Johnson & Johnson and Kraft Heinz Co, among others, sources told Reuters. The consumer goods companies did not respond to Reuters requests seeking comment.

These Wal-Mart moves signal a new front in the price war for U.S. shoppers, as the pioneer of everyday low pricing seeks to regain its competitive pricing advantage in traditional retailing.

For more than a year, Wal-Mart said it is investing in price while not sharing specifics. When asked by Reuters about the test and demands on grocery suppliers, Wal-Mart spokesman Lorenzo Lopez said the company is "not in a position to share our strategy for competitive reasons."

Germany-based discount grocer Aldi is one of the relatively new rivals quickly gaining market share in the hotly competitive grocery sector, which already boasts Kroger, Albertsons Cos Inc and Publix Super Markets as stiff competitors on price. A second Germany-based discount grocer, Lidl, is planning to enter the U.S. market this year, and together the German discounters pose a serious threat to Wal-Mart's U.S. grocery business.

The stakes are high for Wal-Mart. According to Scott Mushkin, managing director of Wolfe Research and a leading pricing analyst, the retailer would need to spend about $6 billion to regain market share from all of its grocery rivals.

Wal-Mart also needs to find ways to cut prices without further damaging its bottom line. In its latest quarter, gross margins slipped 8 basis points, while net income dropped 18 percent compared to the year-ago quarter. The company attributed the decline to factors such as price investments, which is essentially the cost of cutting prices.Vendors said Wal-Mart has told them it intends to maintain margins on average and lose money on some goods as part of its pricing plan. Wal-Mart told vendors it will absorb some of the losses so suppliers can adjust to the new pricing demand.

A supplier of consumer goods said Wal-Mart cut prices on some of his company's products by as much as 30 percent in some stores over the past few months.

"It helped them figure out the sweet spot that drives traffic," the person said.

Wal-Mart also said it wants vendors to make logistics improvements that would help vendors get $1 billion more in sales, though it did not specify the time period. The retailer asked vendors to work harder on shipping orders in full and on-time, which would trim delivery costs, reduce re-orders, and reduce out-of-stock problems that have vexed the retailer and hurt sales in recent years, vendor sources who attended the meeting told Reuters.

"Wal-Mart is trying to go back to where they were 10 years ago when they were absolutely the low price leader," a large packaged food supplier told Reuters on condition of anonymity. "We understand they are willing to give up profits to a large extent in some cases, so they can invest in their own brand."

Aldi and Kroger declined to comment on the story. Lidl and Publix did not respond to Reuters' requests seeking comment. Albertsons said running its stores means delivering price competitiveness every day, but did not comment specifically on the tests.

Wal-Mart is eyeing both German chains based on its recent experience in the United Kingdom. Aldi and Lidl, with their no-frills stores, limited product assortment and low-cost model, have successfully upended the grocery market there, cutting into the sales of larger players like Tesco Plc and Asda, Wal-Mart's UK arm.

Reuters conducted the price comparisons in Dubuque and Davenport, Iowa, and Moline, Dixon and Galesburg, Illinois. At each, Reuters collected prices for a basket of 15 similar-sized products including private-label packages of butter and milk, along with branded items like Crest toothpaste and 2 liter-bottle of Coca-Cola.

In the United States, Aldi is starting from a small base and Lidl has not yet opened its first store. Aldi, with roughly 1,600 U.S. stores, accounts for only about 1.5 percent of the U.S. grocery market - but it is growing at 15 percent a year. Mushkin of Wolfe Research estimated Aldi and Lidl together could grab as much as seven percent of the U.S. market over five years.

Wal-Mart currently controls about 22 percent of the U.S. grocery market, and its U.S. sales are estimated to grow about 2 percent this year, according to analysts.

Over the past few years, Aldi's prices have been about 20 percent lower than Wal-Mart's, said Mushkin of Wolfe Research. When Mushkin in December compared Wal-Mart and Aldi prices in Connecticut for private label goods - the retailers' own brands, typically the lowest-priced goods in each category - he found the German chain's prices were 24 percent lower.

Promoted
Listen to the latest songs, only on JioSaavn.com
(Editing by David Greising and Edward Tobin)
© Thomson Reuters 2017