Reputed as having an autocratic management style, Ferdinand Piech was referred to as "Mr Volkswagen". 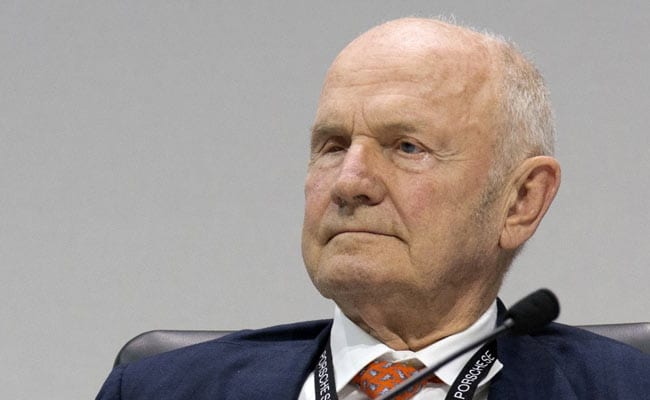 Ferdinand Piech led Volkswagen from 1993 to 2002 before becoming head of supervisory board until 2015.

Volkswagen's powerful ex-chairman Ferdinand Piech, credited with the carmaker's rise from the brink of bankruptcy to world leader status, has died aged 82, his wife said Monday.

"My husband... died suddenly and unexpectedly on August 25" after a life "marked by a passion for cars and the employees who build them," Ursula Piech said in a brief statement sent by her lawyer to AFP, confirming earlier German press reports.

According to several media including the Bild newspaper and DPA news agency, Piech died Sunday night at a hospital in Rosenheim in Bavaria, where he was admitted after collapsing at a restaurant in front of his wife.

He left amid the so-called "dieselgate" scandal when it was discovered the company fit millions of cars with devices allowing them to fool exhaust emissions tests.

In 2017, Piech signed a deal to sell most of his stake -- worth about a billion euros ($1.1 billion) in VW parent company Porsche SE to other members of the Porsche-Piech family -- a motoring dynasty descended from the inventor of the VW Beetle.

Piech reportedly claimed that company chiefs including then CEO Martin Winterkorn, knew about emissions cheating earlier than they admitted.

Piech was the grandson of Ferdinand Porsche, inventor of the iconic Beetle and founder of luxury sports carmaker Porsche.

It was at Porsche that Piech began his career at the start of the 1960s, switching to Audi, VW's top-of-the-range carmaker, in 1972 and becoming its chairman in 1988 before taking over the VW group five years later.

Reputed as having an autocratic management style, he was referred to as "Mr Volkswagen".