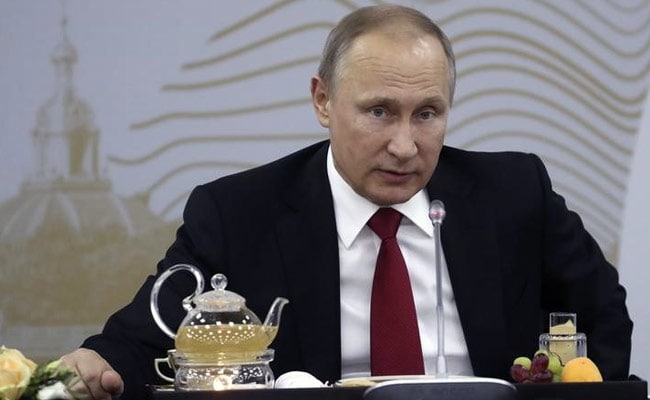 Vladimir Putin is in Germany for the G20 Summit.

Hamburg, Germany: Russian President Vladimir Putin Friday underlined the importance of staying calm in the North Korea crisis, saying nuclear-armed Pyongyang should be dealt with in a "pragmatic" manner.

"The North Korea nuclear problem is very serious. But here, one must not lose his cool, but rather act in a pragmatic and delicate manner," said Putin during a meeting with South Korean President Moon Jae-In.

The bilateral talks came on the sidelines of the G20 summit in the northern German city of Hamburg, where leaders of the world's top economies are gathered.

The meeting has been overshadowed by a number of global crises, including fresh tensions sparked by North Korea's test launch of an intercontinental ballistic missile on Tuesday.

Ahead of the summit, Moon called for toughened sanctions against the North at a joint press conference with German Chancellor Angela Merkel in Berlin.

But he insisted Thursday he was ready to meet the North's leader Kim Jong-Un in a bid to ease tensions.

Promoted
Listen to the latest songs, only on JioSaavn.com
"When the conditions are met, I am prepared to meet the North Korean ruler wherever and whenever," he told an audience at a think-tank in the German capital, calling for a "long dialogue for peace and detente".

On a visit to Washington last month, Moon laid out pre-requisites for full-fledged talks for nuclear dismantlement including North Korea refraining from nuclear and missile tests and promising a nuclear freeze.