The world needs to urgently step up cooperation to allow people to return in a safe manner despite the coronavirus constraints, said the UN's International Organization for Migration. 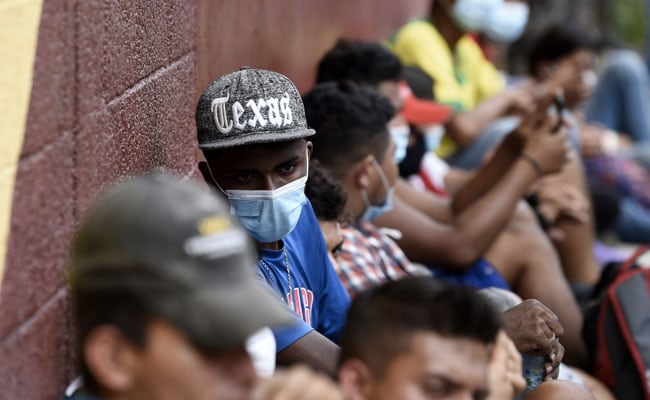 Honduran migrants remain outside a migrant shelter in the municipality of San Marcos, Guatemala (AFP)

More than 2.7 million migrants who wished to return home have been stranded abroad because of restrictions put in place to fight the coronavirus pandemic, the United Nations said on Friday.

The world needs to urgently step up cooperation to allow people to return in a safe manner despite the coronavirus constraints, said the UN's International Organization for Migration.

The IOM warned in a report that border closures and travel bans had left large numbers of migrants stranded.

It defined stranded migrants as people outside their country of habitual residence who wanted to return home but were being prevented by restrictions related to the pandemic.

"The scope and subsequent enforcement of tens of thousands of mobility restrictions, including border closures and nationwide lockdowns related to Covid-19, requires states to reach out to their neighbours and to migrants' countries of origin to address their needs and vulnerabilities," he said in a statement.

"Migrants can be returned home in a safe and dignified manner despite the constraints imposed by Covid-19."

IOM said it had calculated the 2.75 million figure from official sources on known cases up to July 13 of migrants stranded abroad in need of assistance, including food, water, shelter and repatriation.

The Middle East and North Africa had the most stranded migrants, with 1.26 million stuck, followed by Asia and the Pacific with 977,000.

There were a further 203,000 in the European Economic Area and Switzerland, and 111,000 in North and Central America and the Caribbean, it found.

Based on data from 382 locations in more than 101 countries, it "is considered a large underestimation of the number of migrants stranded or otherwise impacted by Covid-19", IOM said.

The IOM said it had received requests to assist nearly 115,000 stranded migrants to return home safely and voluntarily, and had been able to do so for more than 15,000 of the most vulnerable in recent months.

"Once stranded, some migrants are at a higher risk of abuse, exploitation and neglect," it warned.

"The loss of livelihoods can increase vulnerabilities and expose them to exploitation by criminal syndicates, human traffickers and others who take advantage of these situations."

The organisation said that too often, migrants were excluded from national coronavirus response and recovery plans due to their irregular status.

"The Covid-19 mobility policies and measures -- spanning from various travel restrictions, health requirements and measures to full border closures and nation-wide and/or localised lockdowns -- have, in some cases, created new challenges for migrants whilst in parallel exacerbated their existing vulnerabilities," the report said.

It also raised the issue of some 400,000 seafarers currently stranded at sea, some of whom have been aboard their vessels for up to 17 months -- six months longer than the maximum allowed.