Previously, only people who had paid a deposit to be on a waiting list could buy new Virgin Galactic tickets -- but now sales are once more open to everyone. 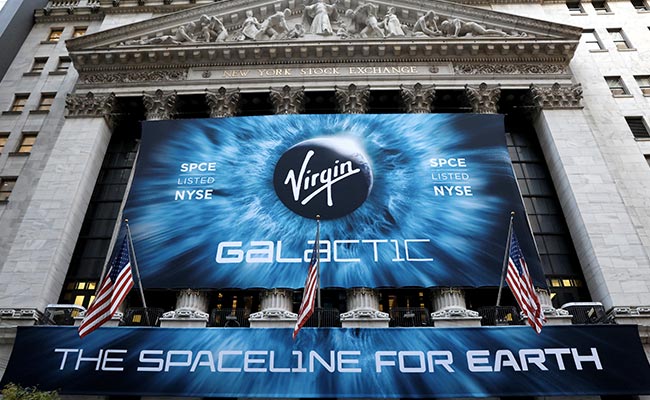 Virgin Galactic, which last year flew its flamboyant founder Richard Branson to space, will re-open ticket sales to the general public starting Wednesday, for the sum of $450,000.

Previously, only people who had paid a deposit to be on a waiting list could buy new tickets -- but now sales are once more open to everyone.

"We plan to have our first 1,000 customers on board at the start of commercial service later this year, providing an incredibly strong foundation as we begin regular operations and scale our fleet," said CEO Michael Colglazier in a statement.

Established in 2004, Virgin Galactic is looking to build on the success of a high profile test mission last July, which saw Branson beat Blue Origin founder Jeff Bezos in their billionaire space race by a few days.

But Virgin has not flown since then. In October it announced it was entering an "enhancement period" to make safety upgrades to its fleet, and pushed back a planned test flight with the Italian Air Force to this year.

Its target to fly its first paying individual customers towards the end of 2022 puts it behind its competition in the nascent space tourism sector -- Blue Origin and Elon Musk's SpaceX -- which have already flown commercial passengers.

Blue Origin's suborbital rockets have now carried out three crewed flights with customers and guests, though the price is thought to be significantly higher.

Privately-held Blue Origin and SpaceX have not revealed their exact ticket costs, unlike publicly-traded Virgin Galactic, which is required to be more transparent.

A massive carrier aircraft takes off horizontally, gains high altitude, and drops a rocket-powered spaceplane that soars into space at Mach-3, before gliding back to Earth.

The total journey time is 90 minutes, with passengers experiencing a few minutes of weightlessness in the spaceplane's cabin, from where they can also observe the Earth's curvature through 17 windows.