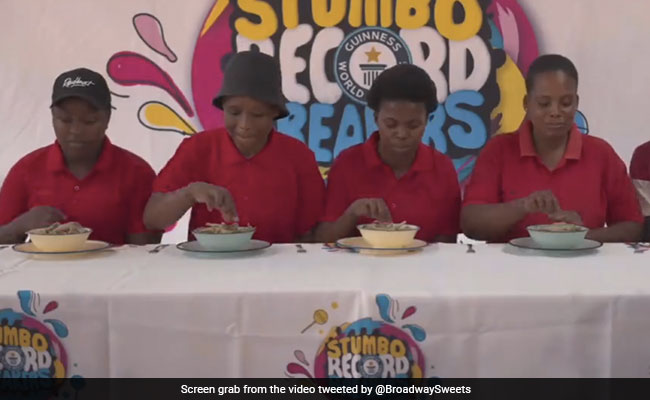 A South African woman, Vuyolwethu Simanile set a new Guinness World Record for most chicken feet eaten in one minute. Ms Simanile competed against 4 of her colleagues from the Mashamplanes Lounge restaurant and bar in Umlazi, Durban. The winner consumed a 4.26oz chicken feet in 60 seconds, and broke the record. Interestingly, Ms Simanile ate double the amount of chicken feet than any of her competitors.

Ms Simanile ate 3 1/2 chicken in a minute and became the first person to achieve the Guinness World Record title. The attempt has been featured on an episode of Stumbo Record Breakers.

Each participant had a different strategy, while some opted to stuff their faces, others chose the methodical approach. By the end of the competition, Ms Greenacre weighed each plate with any remaining feet on top to calculate how much had been consumed, said Guinness World Record release. This record is not measured by the number of whole chicken feet eaten, but rather it is measured by grams consumed. One chicken foot weighs around 35 g (1.2 oz).

Ms Greenacre said, "Vuyo beat the other participants by some margin. She was the most unassuming and quiet of all participants so it was really touching to see her achieve this title."

She added, "Speed eaters across the world are very competitive and will jump on any new records that appear, but I think this one is going to be tough to beat."