Videos from the spot circulating on social media show the practice racing continuing with large smoke clouds seen in the distance. 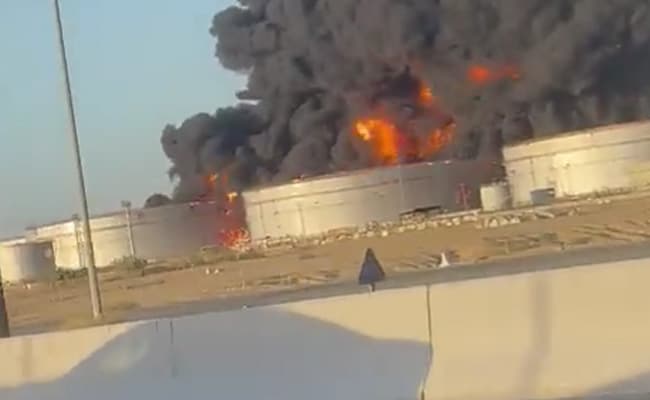 Yemen's Houthi rebels attacked an oil depot in Saudi Arabia's Jeddah ahead of a Formula 1 race. Oil giant Aramco has several facilities in the Red Sea city of Jeddah. "We did several attacks with drones and ballistic missiles," the Iran-backed Huthi rebels said in a statement, including an "Aramco installation in Jeddah (and) vital installations in Riyadh".

Videos from the spot circulating showed a raging fire and large smoke clouds near the Formula 1 track.

Smoke billowed near Jeddah's F1 track as drivers took part in practice runs, with Red Bull's world champion Max Verstappen saying he could smell the blaze as he drove.

"I can smell burning... is it my car?" the Dutchman asked over team radio.

NEW - #Houthi strike just hit an #Aramco facility in #Jeddah, on the eve of the #SaudiArabia Grand Prix.pic.twitter.com/nRKYAvk2y7

More video of the fire #OOTTpic.twitter.com/WZ1DDXPIqO

Saudi Arabia's state oil company and state media did not immediately acknowledge the incident. The attack comes days after a similar attack on the Jeddah oil depot.

The fire seems to be centered on the same North Jeddah Bulk Plant, reports the Associated Press.

The North Jeddah Bulk Plant stores diesel, gasoline and jet fuel for use in Jeddah, the kingdom's second-largest city. It accounts for over a quarter of all of Saudi Arabia's supplies and also supplies fuel crucial to running a regional desalination plant.

Houthi rebels today acknowledged that they had launched a series of attacks on Saudi Arabia. Earlier today,