The Shanghai government said in a short statement the vehicle hit the pedestrians on a road running next to People's Square, injuring 18 people, three of them seriously. 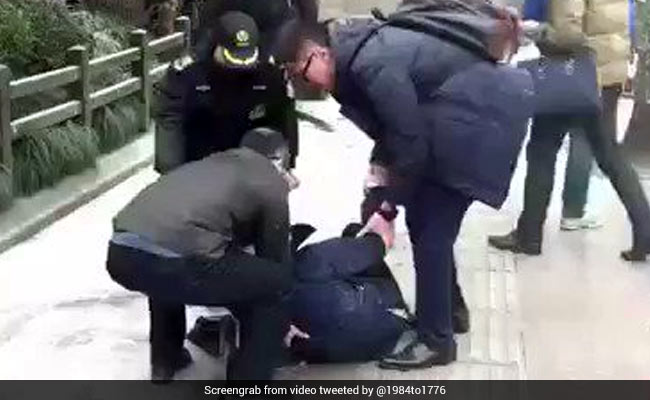 The cause of the accident was still under investigation.

Shanghai, China: Eighteen people were injured on Friday, three seriously, after a vehicle mounted the pavement in a busy part of central Shanghai and ploughed into pedestrians, the city government said.

The Shanghai government said in a short statement the vehicle hit the pedestrians on a road running next to People's Square, injuring 18 people, three of them seriously.

The vehicle was on fire, the statement added, without saying if the fire happened before the incident occurred.

The flames had since been extinguished and an investigation was underway, the government said, without elaborating.

Shanghai-based news portal The Paper said the vehicle was a minivan, and cited eyewitnesses as saying it was on fire as it drove onto the pavement, knocked people down and came to a stop in front of a Starbucks outlet.

Van plowed into pedestrians in Shanghai. Several dead, many more injured. Gas tanks were found in the van. pic.twitter.com/T9O5qZXt1Z

Some bystanders tried to break the window of the vehicle and drag out the six people in the vehicle, including the driver, the report said.

Other witnesses told the news outlet that there were gas cylinders in the vehicle.

The story was later removed from the new outlet's website and replaced with the Shanghai government's short statement on the incident.

Footage on Chinese social media, which Reuters could not independently verify, showed smoke coming out from the vehicle and people lying flat on the ground injured in the street.

While the police statement did not suggest this was intentional, there have been cases in China of people seeking to settle personal scores who have carried out similar acts.
© Thomson Reuters 2018
Comments
ShanghaiAccident