It gave no reason for the resignation of Greg Burke, an American, and Paloma Garcia Ovejero, a Spaniard, but they quit several weeks after Pope Francis appointed an Italian journalist. 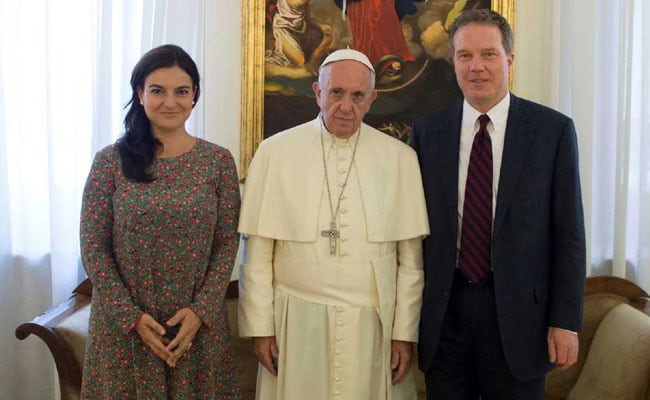 The spokesman for the Vatican and his deputy resigned suddenly on Monday, an official statement said.

It gave no reason for the resignation of Greg Burke, an American, and Paloma Garcia Ovejero, a Spaniard. They quit two weeks after Pope Francis appointed an Italian journalist and personal friend, Andrea Tornielli, to become editorial director of all Vatican communications.

"Paloma and I have resigned, effective Jan. 1. At this time of transition in Vatican communications, we think it's best the Holy Father is completely free to assemble a new team," Burke tweeted.

Burke, 59, a former Rome-based reporter for Fox News, joined the Vatican in 2012 as an advisor in the Vatican's Secretariat of State and become spokesman in 2016. He is a member of the conservative Catholic group Opus Dei.

Ovejero, 43, a former reporter for the Spanish radio network COPE, was one of the highest-ranking women in the Vatican.

The Vatican said Alessandro Gisotti, an Italian journalist believed to be close to Tornielli, would be spokesperson for the interim.

(Except for the headline, this story has not been edited by NDTV staff and is published from a syndicated feed.)
Comments
Vatican SpokesmanPope Francis