After 3 days of light winds that helped firefighters make significant headway, a "red flag" warning for heightened fire danger was posted on Thursday 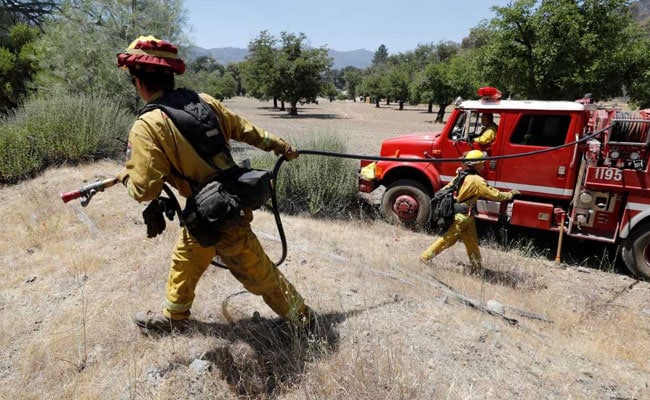 The 11-day-old Carr Fire, which has scorched 127,000 acres in the region north of Sacramento (Reuters)

Crews battling a deadly wildfire in northern California faced a resurgence of gusty winds on Thursday, hampering progress they were making this week to keep the blaze from spreading further.

The 11-day-old Carr Fire, which has scorched nearly 127,000 acres (54,000 hectares) in the scenic Shasta-Trinity region north of Sacramento, remains the largest and most fearsome of 18 significant wildfires burning across California and more than 100 nationwide.

After three days of light winds that had helped firefighters make significant headway, a "red flag" warning for heightened fire danger was posted on Thursday, citing increasing winds in the forecast through Saturday.

Strong gusts began kicking up again on Wednesday night across upper ridge lines of the fire's mountainous western flank, where the blaze, sparked by a vehicle malfunction on July 23, was still burning largely unchecked.

Those gusts were slowing efforts in the steep, rugged terrain to carve out buffer zones in front of the fire's leading edge, said Gabriel Lauderdale, a spokesman for the California Department of Forestry and Fire Protection (CalFire). 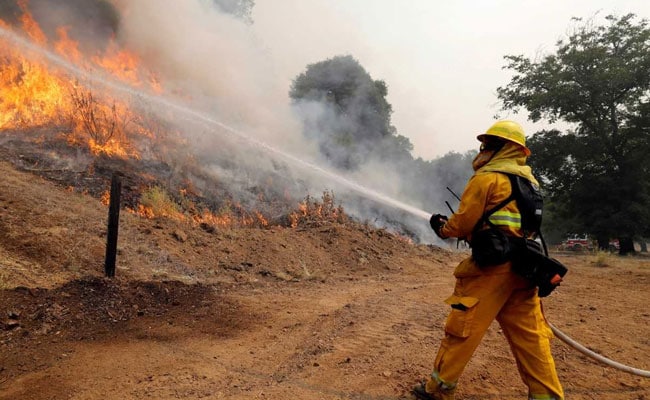 Over 4,300 personnel assigned to the blaze have carved containment lines around 37 percent of the perimeter

With high winds expected to worsen, throwing hot embers over containment lines, "we could continue to see those conditions pose difficulty for us into the night-time hours," he told Reuters by telephone. A CalFire status update issued hours later said that "low relative humidity and an unstable atmosphere have increased fire behavior."

The blaze, stoked by drought-parched vegetation and triple-digit temperatures, has killed six people and reduced 1,555 structures to smoldering ruins, including 10,600 homes. It ranks as the sixth most destructive California wildfire on record.

Firefighters were fighting to keep flames from spilling over a ridge dividing Shasta and Trinity counties. Failure to hold that line would put the evacuated town of Lewiston, just 3 miles to the west, in harm's way, said Lauderdale at CalFire.

Over 4,300 personnel assigned to the blaze have carved containment lines around 37 percent of the perimeter of the blaze.

Lauderdale said 24,285 residents remained displaced as of Thursday morning - down from a peak of 38,000 - but the number was dwindling as more residents were allowed to return.

Scott McLean, another CalFire spokesman, said roughly 40,000 people were under evacuation orders statewide, many from a pair of fires burning close together at the southern end of the Mendocino National Forest.

More than 100 large wildfires were burning across 13 Western states, having consumed more than 1.4 million (582,000 hectares), according to the National Interagency Fire Center.

An estimated 27,000 firefighters have been deployed throughout the West, with California alone accounting for 13,000 of them, CalFire director Ken Pimlott said this week. Many of the fire personnel were being sent from out of state.

On Thursday, a special contingent of 100 firefighters from Australia and New Zealand took off from Sydney en route to U.S. assignments reinforcing exhausted fire crews in northern California, Oregon and Washington state.

(Except for the headline, this story has not been edited by NDTV staff and is published from a syndicated feed.)
Comments
california wildfire