South Carolina is one of few states where lottery winners can remain anonymous, Kurland told The Washington Post. And winners have a lot of reasons to stay out of the spotlight. 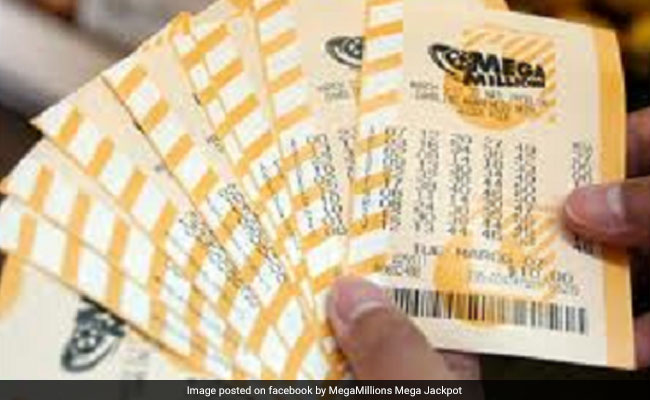 It was a cool October day in leafy Simpsonville, South Carolina - a perfect time and place for a life-changing scenic drive.

A woman stopped by KC Mart #7 near where Lee Vaughn Road runs into Scuffletown Road, in a rural part of a town outside Greenville, South Carolina, where the mayor says "there's a church on every corner."

It was the sign that caught her eye: an upcoming Mega Millions drawing was going to be historic, with a jackpot cresting $1,500,000,000. She stopped in to buy a ticket, her attorney Jason Kurland said in a statement, certain she had no shot at winning.

"After checking her ticket the morning after the drawing, she was in complete shock and disbelief. She stared motionless at the ticket for what felt like hours, then came the jumping and screams of joy," Kurland said.

The woman came forward to claim her prize last week, Kurland said Thursday, but has declined to provide her name out of concern for her safety. The South Carolina Lottery said she will received a one-time gross payment of $878 million - the largest jackpot payout to a single winner ever.

"Words can't describe the feeling of such incredible luck," the winner said in the statement. "I do realize that such good fortune carries a tremendous social responsibility, and it gives me a unique opportunity to assist, support and contribute to charities and causes that are close to my heart."

South Carolina is one of few states where lottery winners can remain anonymous, Kurland told The Washington Post. And winners have a lot of reasons to stay out of the spotlight.

"It's ridiculously large, and you become an easy target," he said of the money. Friends, family, bogus charities and con men - they all come around when a prize becomes public.

And social media makes it easier for someone to piece together details and track down anyone who may decline to provide their name. Kurland said. He declined to provide any other descriptions of the winner.

What is known is the groups who will benefit from her philanthropy: The Ronald McDonald House of Charities of Columbia, South Carolina; the Red Cross Alabama Region's tornado relief fund; Simpsonville, South Carolina's art center; the One S.C. Fund for Hurricane Florence relief; and In The Middle, a charity for breast cancer survivors.

Kurland helps big lottery jackpot winners think through their plans with financial advisers and accountants. But none of his clients has taken home so much. The next closest is about half, at $330 million.

The winner in South Carolina, by contrast, became one of the most liquid people in the United States overnight, he said. And it really is like that: The winner's bank had to be notified before her account suddenly grew by multiple zeros, he said.

The store that sold the winning ticket will receive a $50,000 bonus; the state will get $61 million in income taxes from the winner, state lottery officials said.

"We are delighted that the winner is a South Carolinian and has come forward to claim this remarkable prize," Hogan Brown, the state lottery commission's executive director, said in a statement. "We respect the winner's decision to remain anonymous, and we will honor the winner's wishes."

Other lottery winners had to fight for the same status. In New Hampshire last year, a woman who won the lottery took the state to court to keep her identity a secret. A judge later ruled that she could stay anonymous.