The U.S. State Department's Overseas Security Advisory Council says there are a "lack of law enforcement resources, poorly paid and trained police officers, and rampant corruption" in the Dominican Republic. 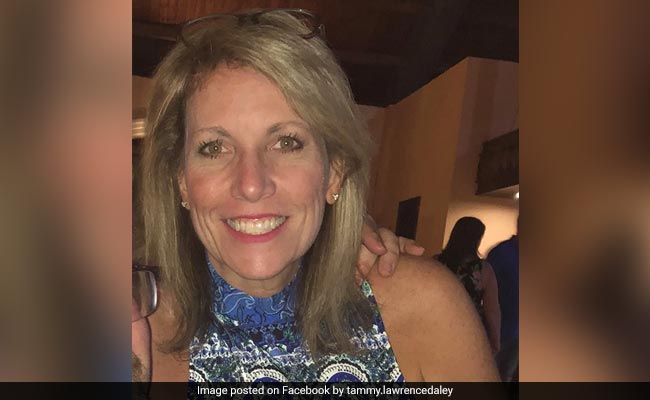 Tammy Lawrence-Daley claims she was assaulted in a five-star resort in Dominican Republic.

The attack in the Dominican Republic that a Delaware woman described was brutal: Being strangled and beaten. Getting dragged down concrete stairs. Wondering if she was going to die.

Tammy Lawrence-Daley, 51, wrote on Facebook that she had been enjoying a five-star vacation in January at the Majestic Elegance Punta Cana resort when she left her room one night to get a snack in the lounge. Walking through the empty corridors outside the building, she heard footsteps. A man wearing a resort uniform grabbed her, beginning a brutal eight-hour encounter that nearly ended her life, she wrote.

However, Dominican police say there are "weak spots and unanswered questions" in the case, the resort said in a statement. Police doubt Lawrence-Daley's testimony and say she is hiding information by blaming the attack on a hotel employee, according to the Majestic.

Lawrence-Daley told her story publicly four months after it happened, when the resort refused what it says was a demand from her for a $2.2 million compensation agreement, Majestic said. The hotel also noted immediately after mentioning Lawrence-Daley's alleged request that she works in the insurance sector, and provided a link to her LinkedIn page.

The resort added that it had "no opinion" on some investigators' belief that Lawrence-Daley's story "presents contradictions and confusing data." Majestic said it was cooperating with law enforcement's investigation.

"Some news media sources in the United States have reported on the story considering her accounts are true and definitive, instead of waiting for a final resolution of the case," the resort said in the statement. "[T]hat not only affects Majestic Resorts, but also tourism for the entire Dominican Republic."

The questions over Lawrence-Daley's account comes as tourists are already eyeing the Dominican Republic with unease after three Americans died suddenly at two sister resorts there within a week. A Pennsylvania woman became sick at the Luxury Bahia Principe Bouganville in San Pedro de Macoris on May 25, local authorities said, and died two hours later. Two Maryland residents were found dead in their room at Grand Bahia Principe La Romana on May 30.

Left battered and bruised, Lawrence-Daley said she barely recovered from the violent episode. The attack left her so badly disfigured that her husband, Chris Daley, could hardly recognize her through the cuts, blood and black eyes, she said. Now, after a half-dozen surgeries and months of recovery, Lawrence-Daley said she has gone public with her story to warn other vacationers.

"He is still out there, a predator, waiting for his next victim," she wrote in her Facebook post Wednesday. "Only the next woman may not be so fortunate."

Lawrence-Daley, her husband and another couple arrived at the all-inclusive Majestic resort on a Monday evening and spent the next day at the beach. After attending a show, Lawrence-Daley said she was hungry and went looking for food sometime after 10:30 p.m.

She told her husband she would be back in five minutes and walked toward the lounge in the next building, she wrote. Lawrence-Daley said she hoped to take photos of the moon on the water outside the hotel, but never made it to the beach.

"I was unconscious multiple times during this savage attack, so I have no idea what else was done to me during that time," she wrote on Facebook. "Somehow I survived."

In its statement, the resort cast doubt on Lawrence-Daley's version of events. Although she said the stranger grabbed her around 11 p.m., the resort said, her husband only reported her disappearance at 2:30 a.m. A search began immediately and found Lawrence-Daley at 6:40 a.m.

Lawrence-Daley had bruises on her face and a broken nail on one of her pinkie fingers, the resort said, but no other signs of violence. She had her cellphone and purse with her.

Majestic said it called local police, paid for Lawrence-Daley's room and prepared special meals for her because she was having trouble eating solid food. Lawrence-Daley declined to make any legal accusations to the U.S. Embassy, the resort said.

Norman de Castro, one of the hotel's lawyers, told The Washington Post that Lawrence-Daley declined to cooperate with a criminal investigation into the case, including refusing to sign a complaint.

Before she went public with her story, she and her lawyer had requested damages of $2,250,000 from the hotel, de Castro said.

De Castro criticized the media coverage of the story, saying that the majority of the country's 6.5 million tourists a year visit the country without incident.

"People in the Dominican Republic are quite concerned about the way this country, which is known for hospitality and taking care of tourists, has been somewhat treated unfairly by media," he said. "Pointing out some incidents of different types in different areas, some not even in hotels, but nonetheless some media has started describing them as tourists suffered this in the Dominican Republic, implying the fact of being a tourist in the country is unsafe, which is not the case."

When his wife failed to return from what was supposed to be a quick snack run, Chris Daley and the couple's friends went looking for Lawrence-Daley. According to the Facebook post, they attempted to get the resort's staff to help with the search three times before security agreed to look for the missing woman. The staff believed she was intoxicated and had just wandered off.

Lawrence-Daley wrote she was found in the maintenance area more than eight hours later.

"This was the hardest part, seeing her from the back, it didn't look like her, until [our friend] said those are her shoes," the husband told WPVI, an ABC affiliate in Philadelphia.

Lawrence-Daley said she spent five days recovering at a nearby hospital. She told WPVI that she suffered nerve damage, a broken hand and eye socket, and extensive cuts and bruises. Police discovered a broken and bloody mop handle near where she was found, according to NBC News.

No suspect has been identified, according to the couple. Lawrence-Daley said she did not get a good look at her attacker, but does remember he was wearing a uniform from the resort.

"How do you explain to your kids you were almost killed by some random stranger and that 'Mommy is coming home, but I don't look like myself'?" the mother of two wrote on Facebook. "How do you look into your parents eyes as they gaze upon your battered face telling them, 'I'm OK, I'll be OK.' "