US To Help Iraq Build Base For Push On Mosul: Ash Carter 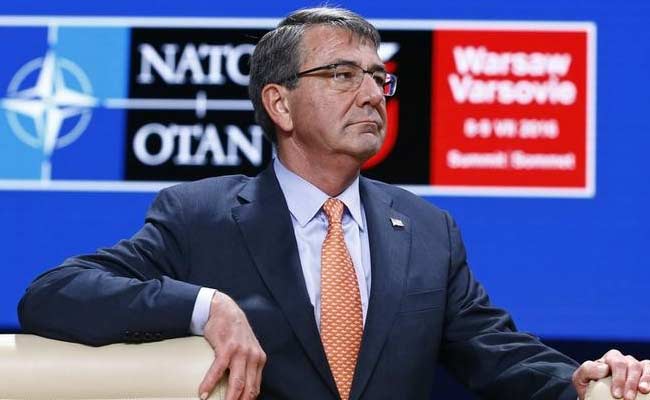 Baghdad, Iraq: US forces will help Iraq set up a logistics hub in a recaptured airfield to use for a push on Mosul, ISIS's largest stronghold, US Defense Secretary Ash Carter said before making an unannounced visit to Baghdad on Monday.

Iraqi government forces said they took back control of Qayara airbase, 60 km (40 miles) south of Mosul, from the terror group on Saturday, backed by air cover from a US-led military coalition.

"The seizure of the Qayara West airfield ... will be followed. Its purpose is to create a logistics hub there, so there will be US logistics support," Carter told reporters.

The airfield is "one of the hubs from which ... Iraqi security forces, accompanied and advised by us as needed, will complete the southern-most envelopment of Mosul," he added.

A senior US defence official compared the Qayara site to the Taqaddum airbase west of Baghdad, an operations centre closer to the fighting in Anbar province from where American troops have advised Iraqi forces since 2015.

"The fight for Mosul ... is the culminating battle, and so we need a strong location from which to project and to support the Iraqis," the official said.

He would also see US Army Lieutenant General Sean MacFarland, the head of the US-led coalition battling ISIS, which swept through large swathes of Iraq and neighbouring Syria two years ago.
© Thomson Reuters 2016

Carter on MosulAsh Carter on ISIS