US Teen Mentally Incompetent To Be Tried In 2018 Shooting, All Sides Say

Both sides hired doctors to evaluate Dimitrios Pagourtzis, 19, and a third, impartial evaluation was ordered by the judge presiding over the case. Each assessment reached the same conclusion. 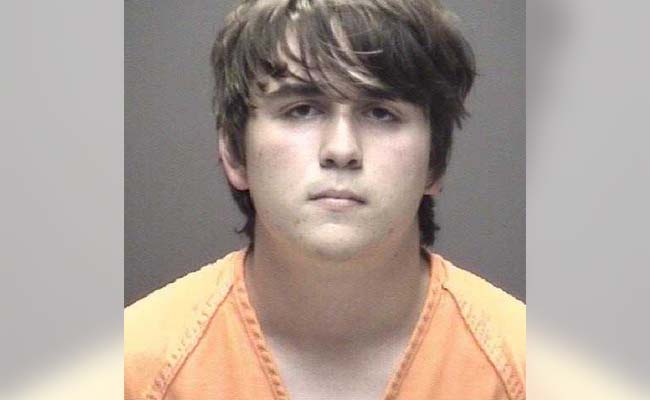 State prosecutors agree with defense attorneys for the teenager accused of killing eight students and two teachers at Santa Fe High School last year that he is not mentally competent to stand trial at this time.

Both sides hired doctors to evaluate Dimitrios Pagourtzis, 19, and a third, impartial evaluation was ordered by the judge presiding over the case. Each assessment reached the same conclusion. A court ruling on the issue is expected soon.

On the morning of May 18, 2018, the high school junior allegedly shot and killed 10 people at the campus southeast of Houston. Thirteen others were wounded, including John Barnes, a school police officer. Pagourtzis is charged with capital murder and aggravated assault against a public servant; if convicted, he would face life in prison with the possibility of parole after 40 years.

But a judicial order deeming him mentally incompetent would put a trial on hold indefinitely. The next step would be to transfer Pagourtzis to a state mental hospital for treatment - though that could entail a long wait.

According to a July report from the Texas Health and Human Services Commission, more than 800 inmates are on the list to get a bed at one of 10 state mental hospitals. The average wait time for a bed in a maximum security unit is around nine months, compared to 50 days for a regular bed.

A spokeswoman for the state health department said Tuesday that authorities consider numerous factors to determine where someone should be placed, including the person's criminal record, the charges against them and the circumstances surrounding their crime. Only two state hospitals treat maximum security patients.

Pagourtzis's trial, scheduled for next February in nearby Fort Bend County, will almost certainly be delayed if the court follows the recommendations of the three mental health evaluations. For the Santa Fe families who lost loved ones, it will mean an even longer wait for justice.

Rosie Y. Stone, whose 17-year-old son Chris was killed in the shooting, said she had a "meltdown" when she heard the news. For her, a trial holds the promise of answers about her son's final moments. She still doesn't have his autopsy report and doesn't know what happened inside the school before, during and after the rampage.

"I know nothing will bring my sweet boy back, but knowing the facts, I will be able to hold everyone accountable," Stone said Tuesday. The defendant's "parents for negligence, his father for being an irresponsible gun owner, the Santa Fe school district for not making security a number one priority."

Being declared incompetent to stand trial is not the same as an insanity defense. The hope is that Pagourtzis will regain his competency after undergoing mental health treatment, thereby allowing a trial to take place.

Defense attorney Nicholas R. Poehl said his client is "not capable of communicating with us in a particularly rational or sequential way."

Poehl thinks Pagourtzis's mental state has worsened in the 17 months that he has been held at the Galveston County Jail. He is kept isolated from other inmates.

In a statement Tuesday, county Criminal District Attorney Jack Roady said Pagourtzis's mental status now does not necessarily mean he was "insane" when the crime was committed.

"While experts have given an opinion on the defendant's current competency to stand trial, there has been no determination on his sanity at the time of the offense," Roady noted. "That issue can only be resolved at trial."

Pagourtzis also faces federal charges, but that case is sealed because he was a minor when the shooting occurred. It's not clear what impact, if any, the decision about his competency will have on that case.