In the spring of 2018, after a gunman killed 17 students and teachers in Parkland, Florida, Gina Warren walked out of her rural Ohio high school twice to protest gun violence and spotlight victims of school shootings. 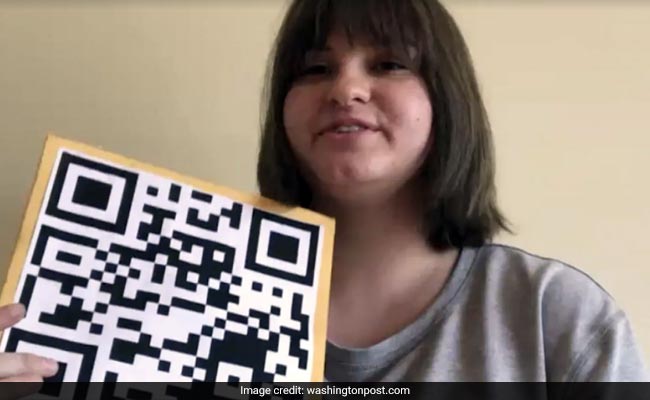 Boys would wear blue and girls would wear gold, the school colors at Teays Valley High School in Ohio. For the flat part of their square caps, students plotted decorations of the usual variety: thanks yous, farewell quotes, the colors of their future universities.

"I thought about it," Warren said, "And I was like, I need to do something meaningful."

The 18-year-old senior has always been one to act on her beliefs. In the spring of 2018, after a gunman killed 17 students and teachers in Parkland, Florida, Warren walked out of her rural Ohio high school twice to protest gun violence and spotlight victims of school shootings.

Then at prom last year, she accented her black dress with orange - the color of the gun violence prevention movement. She wore an orange ribbon pin that read "HOPE" and swiped on bright orange eye shadow. Her black sneakers were bedazzled with the word "enough." It was her way, Warren said, of honoring all the students who had been killed at school before they could make it to their own proms.

And now, weeks away from her commencement, she was reminded that those same students wouldn't get to graduate, either.

Warren had found her meaningful idea. She started researching.

By Wednesday evening, her cap was complete. On Thursday night, she posted it on Twitter. "I decorated my graduation cap," she typed, then hit send on a video. She had no idea hundreds of thousands of people were about to see.

The video showed her lifting her graduation cap, now plastered with a large black and white QR code, and snapping a photo on her phone that led to a Web page she had built. On it was a list - black background, white writing - that she had assembled in Photoshop.

"I graduated," it read at the top. "These high school students couldn't."

Then Warren listed 10 high schools that have experienced deadly mass shootings in the last 20 years, beginning with the most recent, last week at STEM School at Highlands Ranch in Colorado, and ending with Columbine High School in 1999.

Under each school shooting, Warren listed the names of the students who died.

"Protect our students," she wrote at the bottom. "Vote."

She linked the websites to Everytown and March for Our Lives.

Her friends retweeted her post and their friends retweeted them, and by the time she woke up Friday morning her graduation cap had gone viral. In first period, Warren's classmates in German 4 were talking about her graduation cap before she even made it to class. They showed the video to their German teacher, Amelia Combs, who was so proud she wanted to pass it along.

"One of my German 4 students!" she typed, with the help of her students. "This group is SUPER special!"

"That was my first ever retweet," Combs said later in an interview.

Teays Valley High School is a midsize school in a small, conservative town. What Warren did, Combs said, is brave.

"Gina is very well-liked, very outgoing," Combs said. "She always kind of stands up for the little guy and marches to the beat of her own drummer."

Though their school has not been touched by gun violence, its looming potential is ever present. Warren said she remembers vividly her first shooting drill in fifth grade. Just last week, the high school was on lockdown for five hours while authorities investigated a bomb threat.

"I didn't grow up that way. I don't think we ever had a lockdown drill," said Combs, who was a junior in high school when a gunmen attacked Columbine High School. "It's a whole different world."

By Friday afternoon, more than 180,000 people had liked Warren's tweet and more than 54,000 had shared it. The most meaningful interactions, though, had been those from friends and family of the victims, Warren said. They have thanked her, encouraged her, invited her to their towns.

"Thank you for including the Santa Fe victims," one user wrote. "My hometown is Santa Fe, Texas, and I'm glad you remember them because so many don't."

Another woman wrote that she is a relative of Casey Jordan Marquez, a student on Warren's list from Aztec, New Mexico, who was killed at school in 2017. "we miss her every. single. second. of. every. single. day. since she was gunned down. Thank you for this. From the bottom of my [heart]," the woman wrote. "You are an angel."

"The fact that I knew three of these people personally is heartbreaking," another user wrote. "Thank you for this."

To each person, Warren sent a thoughtful reply - saying she had reached carefully so as not to leave anyone out, that she was praying, that she was fighting.

It was tough, Warren said, to research every high school shooting since Columbine, to learn the victims' names and read the news articles about the way they died.

"That list was so long, and it really did break my heart, like seeing how many people died because of this," she said.

She hopes her cap will have the same impact on others that the research had on her. She graduates May 19, and in the fall will head to the University of Cincinnati to study communications.

"I just want to let everybody know that we should just keep fighting," Warren said. "I definitely am going to keep fighting."

(Except for the headline, this story has not been edited by NDTV staff and is published from a syndicated feed.)
Comments
Ohiohigh school capUS school shooting