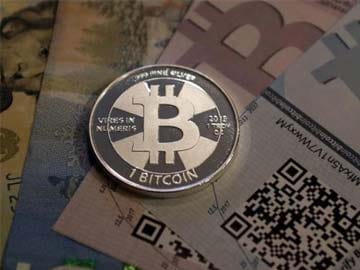 Chicago: A task force of US state regulators is working on the first bitcoin rule-book, the head of the group said, hoping to protect users of virtual currency from fraud without smothering the fledgling technology.

Numerous companies in the United States enable customers to pay for goods and services in virtual currencies. But since bitcoins are not regulated by the federal government, users face a maze of rules in the 50 states.

"We may be looking at some type of model definitions, or model laws or regulations, and very likely recommendations to either our federal colleagues or to Congress," David Cotney, Massachusetts Commissioner of Banks, told Reuters on the sidelines of a public hearing into the issue on Friday.

Cotney was appointed in February to head the new Emerging Payments Task Force, a group of nine members of the Conference of State Bank Supervisors (CSBS). He said the task force had given itself roughly a year to complete the task.

The task force was hoping for a clearer definition of which operators needed to be regulated and which ones did not, Cotney said in the interview.

"Who's in and who's out? So if we can offer that (it) would be a... big step," he said. Cotney's group also looks at other new payment technologies, such as mobile phone payments, and PayPal, an online money transfer service.

Bitcoin is the most prominent of a group of so-called virtual currencies created by computers and governed by the Bitcoin Foundation, outside the control of any government. Some retailers accept bitcoins as payment on the Internet or in shops.

But recent mishaps have brought the technology under heightened scrutiny. Mt. Gox, a Tokyo-based bitcoin exchange, filed for bankruptcy after losing an estimated $650 million worth of client bitcoins.

State regulators say they will not stand in the way of virtual currency operators entering their states, but they want to ensure the business is safe.

Task force member Benjamin Lawksy, the New York Superintendent of Financial Services, in January said his department was working on a "BitLicense". California is another state that has shown interest.

So far, federal regulators have been relatively mum. The Department of the Treasury's Financial Crimes Enforcement Network (FinCEN) last year classified administrators or exchangers of bitcoin as money transmitters, which puts them under the remit of state regulators.

Promoted
Listen to the latest songs, only on JioSaavn.com
The Commodity Futures Trading Commission is studying whether it has jurisdiction, given that some firms are considering offering bitcoin derivatives. The U.S. Internal Revenue Service has designated bitcoin as property, not currency.