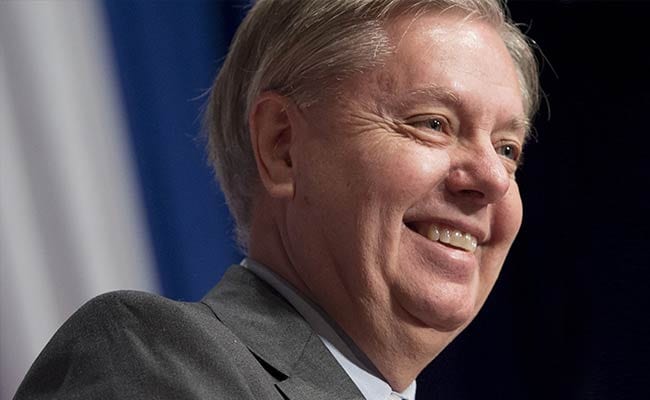 Lindsay Graham said that he wants to change the "behaviour" of Pakistan.

The war in Afghanistan would end in a few weeks if Pakistan denied the Taliban safe heaven, a top US Senator has said, urging the Trump administration that it should start negotiations with Islamabad rather than the Afghan insurgents to stop the deadly conflict.

The comments by Republican Senator Lindsay Graham came amid reports that the US has resumed talks with the Taliban in Qatar on Saturday, three months after President Donald Trump abruptly halted diplomatic efforts that could end America's longest war. Pakistan is said to be assisting the US in reopening the talks with the Taliban.

"As to negotiating with the Taliban, I think we got this wrong. I think what we should do is start negotiating with Pakistan. If Pakistan denied the Taliban safe haven in Pakistan, the war in Afghanistan would end in a matter of weeks," Graham, the senior Senator from South Carolina said in an interview to Fox Channel on Monday.

In September, President Trump called the year-long negotiation efforts "dead" and withdrew an invitation to the insurgents to join secret talks at his retreat at Camp David after the killing of an American soldier in Kabul.

Graham also said that he wants to change the "behaviour" of Pakistan.

"So, I want to try to get Pakistan to change their behaviour through a free trade agreement tied to security performances, then talk to the Taliban. I want as much leverage over the Taliban as possible to end this war," he said.

President Trump is keen to end the deadly war in Afghanistan that has claimed the lives of hundreds of American soldiers over the past 18 years.

Trump made a surprise visit to the Bagram Airfield, the largest US military base in Afghanistan late last month and met American soldiers. During the visit, Trump said the Taliban "wants to make a deal".

"Most Victims Are Girls": Eyewitnesses On Kabul Blast That Killed 19