Kamala Harris Criticized For Laughing At Remark On Trump, Apologises

According to US media reports, the incident took place during a town hall when a person in the audience called Trump's actions "mentally retarded". 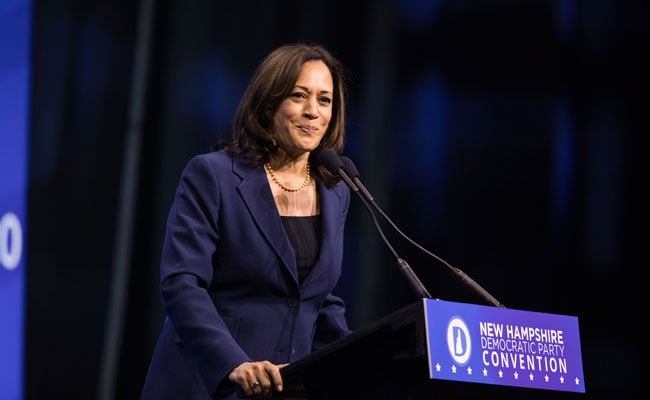 "When my staff played the video from my town hall yesterday (Friday), it was upsetting. I didn't hear the words the man used in that moment, but if I had I would've stopped and corrected him. I'm sorry. That word and others like it aren't acceptable. Ever," Ms Harris, who is of Indian and Jamaican descent, said in a tweet on Friday.

According to US media reports, the incident took place during a town hall on Friday in New Hampshire, when a person in the audience while posing a question at (Kamala) Harris called (President Donald) Trump's actions "mentally retarded", to which she replied, "well said".

A video of the incident went viral on social media on Saturday, which garnered widespread criticism online.

American deaf actor and actor Nyle DiMarco said on Twitter, "The "R-word is unacceptable. It is a slur, an insult... Kamala should have handled this better."

Another called the Senator's apology "the worst kind of lie".

One person called the term "an ableist slur", while another said: "At least twice now, #KamalaHarris has tried to avoid accountability for her statements by claiming she didn't hear a question properly."

Before she issued the apology, Ms Harris told CBS News that she "would never condone anyone using that word in any way, shape or form", adding the remark "was not something that I really heard or processed".