Before Russia's troop movements to Ukraine's borders last year, the Joe Biden administration had delivered $450 million in military aid to the country 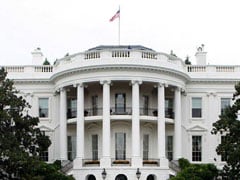 The United States confirmed Wednesday that it authorised an additional $200 million in security aid to Ukraine as it faces threats of a Russian invasion.

"As we have said, we are committed to Ukraine's sovereignty and territorial integrity and will continue to provide Ukraine the support it needs," the official said on condition of anonymity.

Before Russia's troop movements to Ukraine's borders late last year, the Biden administration had delivered $450 million in military aid to the country.

Biden approved the new funding, which was previously reported by media outlets but not publicly confirmed, under an emergency authority for nations in peril.

The official did not spell out the items in the new package.

The Biden administration has repeatedly said it is ready to help Ukraine militarily, the culmination of a decade-long shift by the United States which previously worried about angering Russia.

Security aid to Ukraine became controversial for another reason under former president Donald Trump, who held up assistance as he pressed President Volodymyr Zelensky to dig up dirt on Biden ahead of the 2020 US election.

US NewsUkraineSecurity Aid to Ukraine