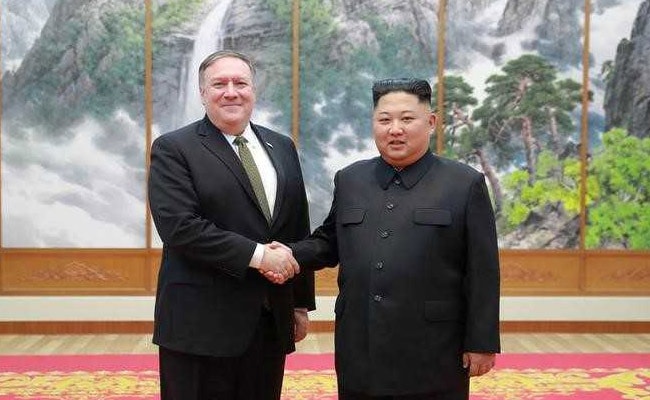 US Secretary of State Mike Pompeo said on Monday North Korean leader Kim Jong Un was ready to allow international inspectors into the North's nuclear and missile testing sites, one of the main sticking points over an earlier denuclearisation pledge.

Pompeo, who met Kim during a short trip to Pyongyang on Sunday, said the inspectors would visit a missile engine test facility and the Punggye-ri nuclear testing site as soon as the two sides agree on logistics.

"There's a lot of logistics that will be required to execute that," Pompeo told a news briefing in Seoul before leaving for Beijing.

The top US diplomat also said both sides were "pretty close" to agreement on the details of a second summit, which Kim proposed to US President Donald Trump in a letter last month.

Trump and Kim held an historic first summit in Singapore in June.

Pompeo's trip to Pyongyang, his fourth this year, followed a stalemate as North Korea resisted Washington's demands for irreversible steps to give up its nuclear arsenal, including a complete inventory of its weapons and facilities.

He told South Korean President Moon Jae-in on Sunday his latest trip to Pyongyang was "another step forward" to denuclearisation but there are "many steps along the way".

It said the two sides agreed to hold working negotiations for the second North Korean-US summit as early as possible.

Commenting on Pompeo's meeting with Kim, South Korean President Moon Jae-in said on Monday Kim was expected to visit Russia soon. He said Chinese leader Xi Jinping was also expected to travel to North Korea but did not elaborate further.

North Korea's state newspaper, Rodong Sinmun, featured eight photos of the meeting on its front page, including shots of Kim and Pompeo smiling and shaking hands, as well as some with Kim's sister Kim Yo Jong.

"Together with Mike Pompeo, Kim Jong Un appreciated the positively developing situation on the Korean peninsula, explained in detail the proposals for solving the denuclearisation issue and matters of concern of both sides and exchanged constructive opinions," KCNA said.

North Korea denounced Pompeo on his previous trip to Pyongyang in July for making "gangster-like demands". Pompeo did not meet Kim on that trip.

State Department spokeswoman Heather Nauert said in a statement Kim had invited inspectors to visit the Punggye-ri nuclear test site to confirm it had been irreversibly dismantled. The statement did not provide further details.

KCNA did not mention that issue.