US Secretary Of State, Mike Pence Arrives In Ankara To Seek Syria Ceasefire

Secretary of State Mike Pompeo arrived earlier on a separate plane. They are due to meet with Turkish President Recep Tayyip Erdogan. 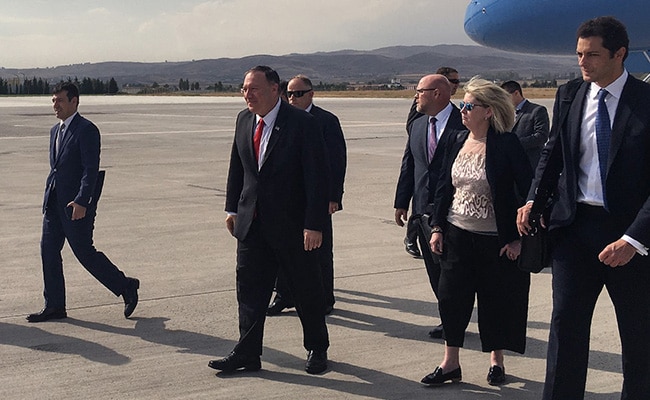 Mike Pompeo arrives in Ankara for talks on reaching a ceasefire in Syria.

US Vice President Mike Pence arrived in Turkey on Thursday in a bid to secure a ceasefire to halt the Turkish offensive in Syria.

Secretary of State Mike Pompeo arrived earlier on a separate plane. They are due to meet with Turkish President Recep Tayyip Erdogan.

The visit comes a day after Erdogan firmly ruled out any negotiations with Kurdish militants in Syria, saying their only option was to lay down arms and retreat.

The United States has demanded a ceasefire in Turkey's more than week-old operation in northern Syria.

President Donald Trump, facing with mounting criticism over the abrupt pullout of US troops, has denied he gave Erdogan a "green light" to launch the offensive.

(This story has not been edited by NDTV staff and is auto-generated from a syndicated feed.)
Comments
Mike PenceSyriaMike Pompeo