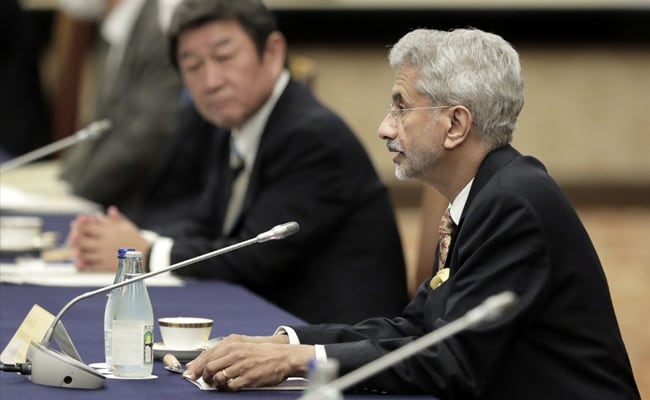 The meeting signals the Quad remains a strong focus for the four nations. (FILE)

New US Secretary of State Antony Blinken has held his first virtual meeting since President Joe Biden's election with counterparts from Japan, India and Australia, showing support for the so-called Quad grouping that seeks to counter an increasingly assertive China in the Indo-Pacific.

The talks, held Thursday Washington time, included discussions on "the priority of strengthening democratic resilience in the broader region," Blinken's spokesperson Ned Price said in a statement. The partners also pledged "to strengthen cooperation on advancing a free and open Indo-Pacific region, including support for freedom of navigation and territorial integrity."

The meeting signals the Quad, revived in 2017 as a buffer against Beijing, remains a strong focus for the four nations, which individually have had conflicts with China in recent years. They vowed to hold a ministerial-level Quad meeting at least once a year, as well as regular talks at senior and working levels.

The Quad grouping, which became elevated under the Trump administration, has been admonished by China as a "clique" that could stoke a new Cold War. While some observers had anticipated a ratcheting down of US-China tensions under Biden, the first few weeks of his administration have not given any indication of a softening of security policies in Asia.

After the meeting, the foreign ministers of all four nations issued statements lauding progress in their discussions. Japanese Foreign Minister Toshimitsu Motegi said they had welcomed the fact "that this meeting was realized in the early days of the Biden administration."

Motegi also expressed "serious concern" about China's Coast Guard Law, and the four ministers pledged to oppose "unilateral and forceful attempts to change the status quo" in the East and South China Sea, according to the statement.

Foreign Minister Subrahmanyam Jaishankar said the meeting "noted that the Indo-Pacific concept had gathered growing international support, including in Europe."

In her statement, Australia Foreign Minister Marise Payne said the Quad "is a key pillar of Australia's international agenda, bringing together four like-minded democracies committed to respecting and upholding international rules and obligations."

Along with security, the partners addressed co-operation on the response to the pandemic and tackling climate change. The ministers also discussed countering disinformation, counter-terrorism, maritime security, and the urgent need to restore the democratically elected government in Myanmar, according to Blinken's statement.