Counterterrorism, Withdrawal Of Troops Focus Of Taliban Negotiations: US

The US has been discussing counterterrorism, troop withdrawal, intra-Afghan dialogue and a ceasefire with Taliban. 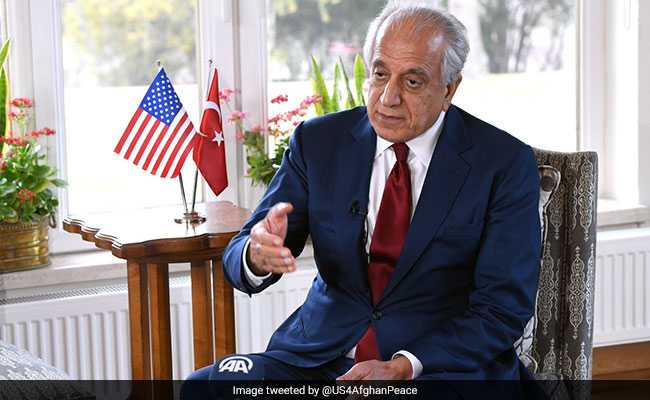 US Representative for Afghanistan Reconciliation Zalmay Khalilzad has been holding meetings with Taliban.

The US has said the ongoing negotiations with the Taliban are focused on four interconnected issues, including counterterrorism and withdrawal of troops, that will be key for any future agreement to end the 17-year war in Afghanistan.

A high-powered American delegation led by Special US Representative for Afghanistan Reconciliation Zalmay Khalilzad has been holding meetings in Doha, Qatar with a high-level Taliban team led by Mullah Abdul Ghani Baradar.

The talks have been going on for several days to finalise a draft agreement on a potential foreign troop withdrawal from Afghanistan and to end the 17-year war in the country.

"These discussions are ongoing, and what they're focusing on are the four interconnected issues that are going to compose any future agreement, and those four (issues) are counterterrorism, troop withdrawal, intra-Afghan dialogue and a ceasefire," State Department Spokesperson Robert Palladino told reporters at his biweekly news conference on Monday.

"We are focused on this. We have private diplomatic conversations we want to give all the parties time to work out these issues. Special Representative Khalilzad is engaging on this on a daily basis right now, and progress is being made," he said.

The Taliban control nearly half of Afghanistan, and are more powerful now than they were at any time since the 2001 US-led invasion after the 9/11 terror attacks.

The US has continued to push for a ceasefire in the war-torn country and the opening of negotiations between the Taliban and the Kabul government.

The Taliban however have repeatedly refused to meet with officials of the Afghan government, whom they dismiss as "puppets".