US Relocates Hundreds Of Migrant Children From Overcrowded Border Station

Attorneys last week raised alarm after they were given access to the Clint station near El Paso and said they had found more than 300 children detained in squalid conditions. 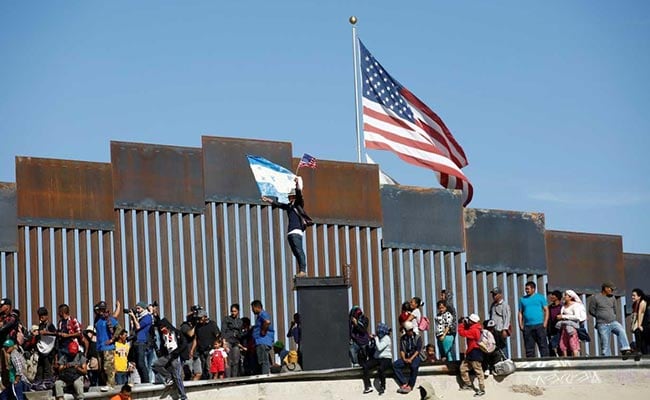 Nearly 250 migrant children have been relocated to children's shelters from an overcrowded Texas border patrol station where attorneys said they had been held for weeks in dirty conditions without adequate food and water.

Evelyn Stauffer, a spokeswoman for the Department of Health and Human Services (HHS), said 249 children from the facility at Clint, Texas were being transferred to shelters run by the agency by Tuesday.

Attorneys last week raised alarm after they were given access to the Clint station near El Paso and said they had found more than 300 children detained in squalid conditions.

The group of lawyers said they saw toddlers without diapers being cared for by unrelated children. Detained children lacked adequate food, clean clothes, toothbrushes and showers and some children slept on concrete floors, they said. The conditions were first reported by the Associated Press.

Just 30 children remained at the facility near El Paso on Monday, according to Elizabeth Lopez-Sandoval, spokeswoman for Representative Veronica Escobar. Children not sent to the HHS shelters were being moved to a tent facility designed for family detention, Lopez-Sandoval said.

U.S. law requires children who cross the border without a parent or legal guardian to stay in border patrol's short-term holding facilities for no longer than 72 hours and to be moved to HHS shelters as quickly as possible.

Stauffer said children were waiting too long in the border facilities, which are "not designed to care for children."

"This is a direct result of the unprecedented number of arriving children," she said.

Stauffer said the Department of Homeland Security (DHS) had referred nearly 10,000 children to HHS in May, one of the highest monthly totals in the history of the programme.

The attorneys visited the Clint facility last week to monitor compliance with the Flores agreement, a decades-old legal settlement that establishes how long migrant children can be detained and the conditions of their detention.

Last week, the government argued in federal court that it meets the standard of providing "safe and sanitary" conditions for migrant children without providing toothbrushes and soap.

(Except for the headline, this story has not been edited by NDTV staff and is published from a syndicated feed.)
Comments
US Migrant ChildrenEl Paso