"One that will adapt to changing cultures. One must continue to adapt while keeping the conservative values that we believe in," Brad Parscale spoke about the President and his family. 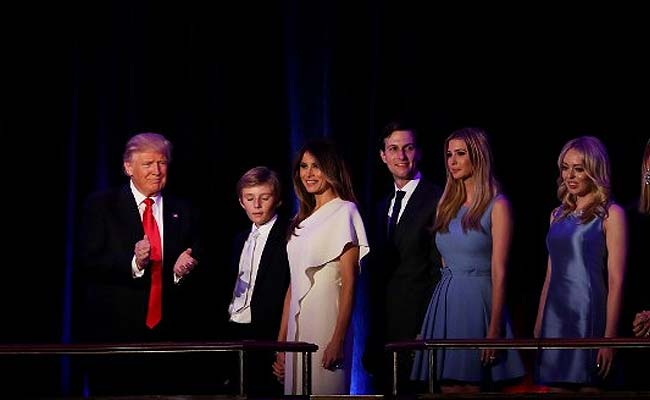 President Donald Trump's campaign manager said Saturday that the president and his family are "a dynasty that will last for decades," prompting speculation about whether Trump's children might one day pursue their own bids for public office.

Brad Parscale was speaking at a meeting of Republican Party delegates in Indian Wells, California, the Associated Press reported.

"The Trumps will be a dynasty that will last for decades, propelling the Republican Party into a new party," Parscale said, according to the AP. "One that will adapt to changing cultures. One must continue to adapt while keeping the conservative values that we believe in."

In an exchange with reporters after the event, Parscale declined to say whether he thinks Trump's children might run for office, saying only, "I think they are all amazing people with ... amazing capabilities," the AP reported.

From inviting her to the Group of 20 economic summit in Japan to including her in a small delegation that visited the demilitarized zone between North and South Korea, the president has repeatedly sought to promote Ivanka Trump on the world stage - often to the skepticism of observers, who have noted the first daughter's lack of political or foreign policy credentials.

"It looks to the rest of the world like we have a kind of a constitutional monarchy," Christopher Hill, a former U.S. ambassador to South Korea and other countries, told The Washington Post earlier this year when asked about Ivanka Trump's prominence on the president's foreign trips.

Trump tapped Kushner to lead his push to forge a Middle East peace plan. Those efforts have hit numerous speed bumps, and experts have voiced low expectations for the plan.

(Except for the headline, this story has not been edited by NDTV staff and is published from a syndicated feed.)
Comments
Donald TrumpDonald Trump family