The Defence Contract Management Agency on August 19 notified the F-35 Joint Program Office that an alloy used in magnets in the F-35's turbomachine pumps was produced in China. 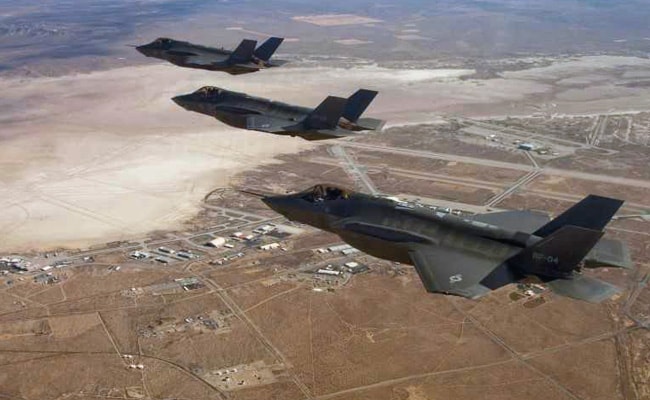 Both the Pentagon and Lockheed Martin said an alternative source will be used in future.

The US Pentagon has stopped accepting new F-35 jets after it discovered a magnet used in the stealthy fighter's engine was made with unauthorized material from China.

The aircraft's maker, Lockheed Martin, found a part used in the jet's engine was made in China, the Defence Department and company confirmed on Wednesday (local time).

The Defence Contract Management Agency on August 19 notified the F-35 Joint Program Office that an alloy used in magnets in the F-35's turbomachine pumps was produced in China, office spokesperson Russell Goemaere said in a statement to The Hill.

Though Lockheed makes the aircraft, Honeywell produces the turbomachine.

In late August, Honeywell was notified by one of their third-tier suppliers for the turbomachine that they were using alloy sourced from China which was then magnetized in the United States, according to a statement from Lockheed, reported The Hill.

"Out of abundance of caution, there is a temporary pause on deliveries," the statement said, noting that the magnet does not provide any visibility or access to sensitive program information and there are no safety issues for F-35s currently in use.

The F-35 Joint Program Office also confirmed the part does not affect flight operations of the fifth-generation fighter jets already in service, reported The Hill.

"We have confirmed that the magnet does not transmit information or harm the integrity of the aircraft and there are no performance, quality, safety, or security risks associated with this issue and flight operations for the F-35 in-service fleet will continue as normal," Goemaere said.

Both the Pentagon and Lockheed said an alternative source for the alloy will be used in future turbomachines.