US officials to meet Taliban within days 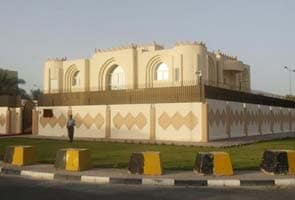 A general view of the Taliban Afghanistan Political Office in Doha

Washington: United States envoys will meet with Taliban representatives within days, senior officials said on Tuesday, after the Afghan militants opened an office in Qatar to oversee peace negotiations.

US-led NATO forces are still fighting Taliban guerrillas on the Afghan battlefield, but the unveiling of the Islamist group's Doha mission is the most concrete symbol yet of behind the scenes moves to end the conflict.

"I would expect that to be followed up within days by a meeting between the Taliban and the High Peace Council, which is the structure that President Karzai has set up for talks of this nature," the senior source said.

The Taliban opened their office to hold talks with Afghan leader Hamid Karzai's government on ending the war that began when the Islamists were ousted from power in 2001 after the September 11 terror attacks.

In its announcement, the Taliban said it would oppose any attempts to launch attacks on other countries from Afghan soil, a nod to US fears that areas under the group's control could again play host to Al-Qaeda camps.

US officials said they had long called for such a statement and said that the Taliban's declaration paved the way for opening talks in Doha, even as American troops continue to fight the Islamist insurgents.

But administration officials warned that the negotiations would be difficult, slow and "messy" with no guarantee of success, citing the low level of trust between Afghan government and insurgent leaders.

"These statements represent an important first step towards reconciliation -- a process that, after 30 years of armed conflict in Afghanistan, will certainly promise to be complex, long and messy.

"But nonetheless, this is an important first step," a second administration official said.

The United States wants the Taliban to completely renounce its ties with the international militant group Al-Qaeda but viewed the statement issued Tuesday as a practical first move, officials said.

"We've long had a demand on the Taliban that they make a statement that distances themselves from international terrorism, but made clear that we didn't expect immediately for them to break ties with al-Qaeda, because that's an outcome of the negotiation process," the second official said.

The ground-breaking meeting between American and Taliban delegations this week would amount to "an exchange of agendas," followed by another meeting within about two weeks, officials said.

A top priority for the US side in the talks will be securing a commitment from the Taliban to sever all links with Al-Qaeda, he said.

Both sides also would be discussing exchanges of detainees, including a US soldier who has been held for four years, officials said.

The United States, however, viewed the negotiations as primarily a discussion among Afghans and most key issues could only be resolved through talks between the Afghan government and the Islamist insurgents, he said.

Promoted
Listen to the latest songs, only on JioSaavn.com
"So we're going to be urging them to talk seriously to their Afghan government counterparts," the official said.

At the G8 summit in Northern Ireland, Obama briefed fellow leaders on the plans for negotiations and received a positive response, officials said.
Comments
Taliban