With results still trickling in, at least 120 women will serve in Congress, a record 98 in the House of Representatives and 22 in the Senate, says the Center for American Women and Politics at Rutgers University. 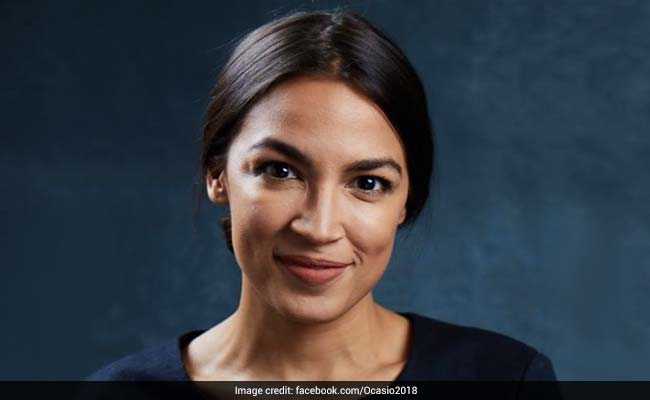 The US election has swept a record number of women into Congress, fired up by disgust of Donald Trump, emboldened by the #MeToo movement and making the Democratic Party more diverse and younger than ever.

The class of 2019 includes the youngest congressional women in history, 29-year-olds Alexandria Ocasio-Cortez from New York and Abby Finkenauer from Iowa, as well as the first two Native American women, and the first two Muslim women, Palestinian-American Rashida Tlaib and Somali-American Ilhan Omar.

With results still trickling in, at least 120 women will serve in Congress, a record 98 in the House of Representatives and 22 in the Senate, says the Center for American Women and Politics at Rutgers University.

The previous House record was 85. The wins bump up female representation in the lower house to at least 23 percent, still dismal in the world rankings.

"The more Americans who vote, the more our elected leaders look like America," said former president Barack Obama, praising the record number of women, a surge in minority lawmakers and record voter turnout.

The vast majority of newly elected women are Democrats. They include veterans, a former CIA operative, a teacher who grew up the daughter of a drug addict, a one-time bartender and dozens of first-time candidates.

Many jumped into politics, outraged that Trump defeated Hillary Clinton, often considered the most qualified presidential candidate in history, while boasting of grope and accused of sexual misconduct.

Many were appalled by what they consider Trump administration abuses -- attempts to roll back health care, restrict abortion rights, separate migrant families at the border and threaten environmental protections.

"Until this heartless administration is held accountable for their numerous injustices, we will not stop," tweeted Donna Shalala, a former Clinton cabinet minister who defeated a Republican woman in a Florida congressional seat by championing public education, health care and social security.

Distinctive is the success of women of color. Connecticut and Massachusetts each elected their first African American women into Congress.

Another two Democrats made history as the first Latinas elected to Congress from Texas, a deeply red state. Omar, elected from Minnesota, emigrated to the United States as a child after fleeing war-torn Somalia.

These are totally new voices "that have never been at the federal policy level and federal policy making table," says Kelly Dittmar, associate professor of political science at Rutgers University and a scholar at CAWP.

Women of color "see the benefits of being in office as outweighing the potential costs and challenges," she told AFP.

"Particularly, they see the cost of not being at the table as greater than the cost of mounting the challenges."

Women were also elected governors in Iowa, Maine and South Dakota for the first time, as well as in the territory of Guam. Democrat women flipped Michigan and Kansas, defeating male Republican incumbents.

But what will more women in office mean?

Michigan governor elect Gretchen Whitmer on Wednesday attributed her success and that of other women to outworking their opponents and "staying focused on the dinner table issues that really matter to families."

"Health care and clean drinking water in my state. Infrastructure. I know that resonated because it's the most obvious challenge we have as a state and we need a governor that will fix it," she told CNN.

Women are also harder working. A 2010 study by researchers from the universities of Stanford and Chicago found that female legislators brought back $49 million more for their districts per year than male counterparts.

More women in office will likely blaze a trial for others to follow in the future -- particularly those from non-traditional backgrounds.

While notable Republican successes include the first female senator elected from Tennessee and the first female governor of South Dakota, there are concerns that the overt Democrat disparity could fan the partisan divide.

And despite the gains, a 2015 Pew report ranked the United States a dismal 33rd among 49 "high-income" countries and 83rd among a larger group of 137 countries when it came to representation in national legislatures.

"We have to temper our expectations a little bit," cautioned Dittmar. "They will still be less than a quarter than of Congress," she added. "Male Republican leadership is still guiding the agenda."

(Except for the headline, this story has not been edited by NDTV staff and is published from a syndicated feed.)
Comments
US Midterm elections#MeToo