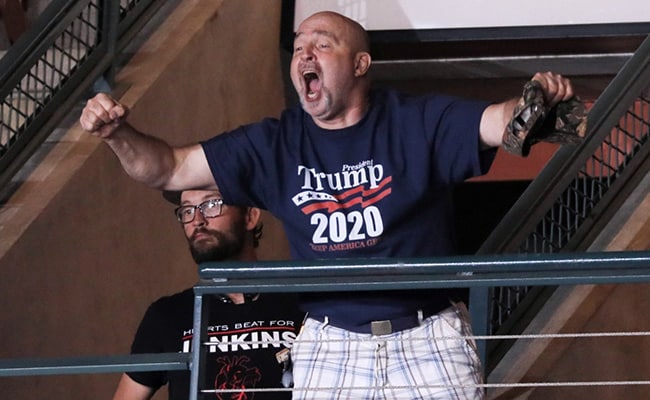 President Donald Trump called a man overweight who he thought was a protester at his rally in New Hampshire, only to learn later he had ridiculed a supporter.

Trump had looked out in the crowd at the Thursday night rally and saw Frank Dawson shaking his fist as protesters were being led out. Dawson was wearing a "Trump 2020" shirt but the president thought he was one of the protesters.

"That guy's got a serious weight problem. Go home. Start exercising. Get him out of here, please," Trump said.

Then Trump, who his last physical examination showed he had gained weight, added that the man has "got a bigger problem than I do."

Afterward Trump found out Dawson was a supporter and placed a call to him from Air Force One on his flight from Manchester back to New Jersey, where he is on a working vacation at his Bedminster golf club. A senior administration official said Trump could not reach Dawson but left the man a voicemail.

Fox News Channel's "Fox & Friends" show contacted Dawson, who said he was not upset by Trump's comment about his weight.

"I think he thought I was part of it (the protest) but I wasn't. I was the good part of it," he said. "Everything's good. I love the guy. He's the best thing that ever happened to this country."