Billy Crutsinger was sentenced to death by a jury in 2003 after being convicted of the murders of Pearl Magouirk and her 71-year-old daughter, Patricia Syren, earlier that year. 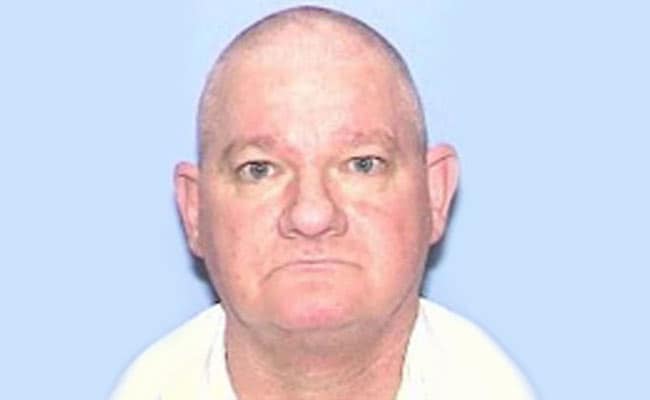 Billy Crutsinger confessed to police that he had killed the two women and taken their property.

A man convicted of killing an 89-year-old woman and her elderly daughter in their Fort Worth home in 2003 was put to death by lethal injection in Texas on Wednesday.

Billy Crutsinger, 64, was declared dead at 6:40 p.m. CDT at the state's death chamber in Huntsville, the Texas Department of Justice said in a statement.

"Where I am going everything will be in colour. There is a lot of this I don't understand but the system is not completely right," he said in a lengthy statement before his death, according to the department. "It's not completely wrong but, it is something that has to be done until something better comes along."

Crutsinger was sentenced to death by a jury in 2003 after being convicted of the murders of Pearl Magouirk and her 71-year-old daughter, Patricia Syren, earlier that year.

Crutsinger was accused of entering the women's home on April 6, 2003, and stabbing them multiple times and slitting their throats. He then stole Syren's Cadillac and credit card, according to prosecutors.

Crutsinger confessed to police that he had killed the two women and taken their property. He also told them where they could find evidence, court papers said.

Investigators found DNA evidence that matched Crutsinger and the victims on a broken knife found in a bathroom in the victims' home, inside Syren's vehicle that was abandoned at a bar and on men's clothing found in a trash bin near the car, court documents said.

Crutsinger was the fifth inmate in Texas and the 14th in the United States to be executed in 2019, according to the Death Penalty Information Center. Texas leads the United States in executions since the Supreme Court reinstated the death penalty in 1976.

(Except for the headline, this story has not been edited by NDTV staff and is published from a syndicated feed.)
Comments
Texas executes manMan Convicted Of Murdering Womandeath by lethal injection