US Man Beats Musician To Death, Accidentally Streams It On Facebook: Cops

It appeared that the accused had put the phone away in his shirt pocket with the camera facing outward, not realizing that he had pressed the button to switch the call to a video chat. 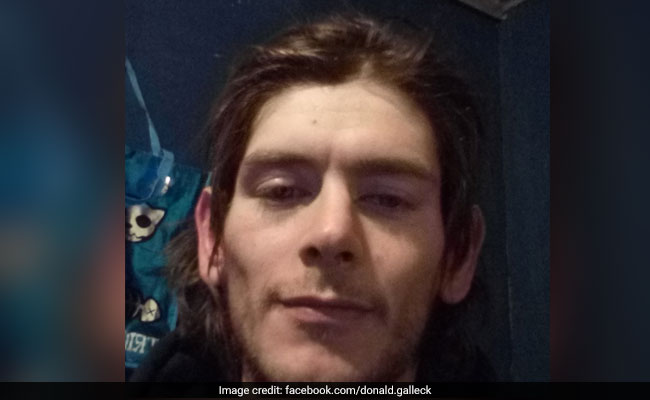 Police found Jason Moody lying on the pavement on a freezing cold November night in Bangor, Maine. The red-bearded 40-year-old, a bassist known for performing with a metal band called Seize the Vatican, was unconscious and had blood pouring from his nose. When he died at the hospital two days later, the medical examiner ruled it a homicide, concluding that Moody had suffered massive brain trauma after being viciously beaten.

Less than a week after the initial call came in, the Bangor Police Department announced that they had arrested Donald Galleck, a transient with a lengthy rap sheet, and charged him with the ponytailed musician's untimely death.

On Tuesday, documents that were released publicly for the first time suggested that one key piece of evidence may have come from Galleck himself. According to a police affidavit obtained by the Bangor Daily News and WCHS, the 29-year-old inadvertently broadcast the fatal altercation over a Facebook video chat with a friend, who then told the authorities what she had witnessed.

Galleck pleaded not guilty in Penobscot County Superior Court on Tuesday in front of roughly a half-dozen of Moody's friends, the Daily News reported. He is being held without bail as he awaits a trial next year, and faces a potential sentence of up to life in prison for charges of depraved indifference murder and intentional or knowing murder.

In the newly unsealed affidavit, police said that the two men had been hanging out at Moody's apartment in a neighborhood north of Bangor's downtown on the evening of Nov. 11. The night took a turn when Galleck got into a fight with his girlfriend, and had to be asked to leave. Moody walked with him to a nearby apartment where Galleck thought that he might be able to stay the night, but no one was there.

As they continued walking, Galleck phoned yet another friend, using the Facebook Messenger app to make the call. The woman, who has not been identified by the news outlets, told police that she heard a sound that made her think that Galleck had been punched. She also said that she heard him yell, "What the f--? You just hit me!"

She then got a video chat request from Galleck, which she accepted. It appeared that Galleck had put the phone away in his shirt pocket with the camera facing outward, not realizing that he had pressed the button to switch the call to a video chat, she said. The woman told police that she had been able to see Galleck turn toward the man he was with, who she later identified as Moody, and punch him in the face.

According to the account in the affidavit, the man put his hands up and said that he was sorry, blaming his behavior on being drunk. Galleck didn't accept that apology, and instead proceeded to hit the man two more times, knocking him to the ground, the woman said. Galleck then allegedly grabbed him by the throat and bashed his head against the pavement, while the friend he had called on the phone watched.

Once it looked like the man was unconscious, Galleck fled from the scene and appeared to leap over a fence, the woman told police. She hung up.

The court documents released on Tuesday don't make it clear whether authorities were able to access a copy of the video from the phone call, the Daily News reported.

The affidavit also said that Erin Griffith, Moody's girlfriend, had received a phone call from Galleck not long after the two left the apartment. According to WCHS, Galleck said that he did not know what had happened, but he had left Moody behind on the side of the road and "was going to go to prison for 15 to 20 years."

Police also spoke to another woman who said that Galleck had showed up at her house, located blocks from the spot where Moody's body was found on the night of Nov. 11. According to the Daily News, she told detectives that he had arrived at around 11 p.m. - roughly 20 minutes after police responded to a call about a man who appeared to be seriously injured. The woman reportedly told police that Galleck was breathing heavily and looked panicked, and had asked to use her bathroom. After he left, she discovered that he had left behind a bloody sweatshirt, which she kept in a garbage bag for several days before she learned that the police were looking for Galleck, the affidavit said.

When police caught up to Galleck at another woman's apartment five days later, he refused to talk to them about Moody, the Daily News reported. He faces additional charges of domestic violence assault and violating bail conditions from an incident unrelated to the alleged murder. Reports from the paper over the past decade indicate that he previously faced accusations of shoplifting a car battery from Walmart while carrying several concealed knives, arriving at the county jail with prescription pills tucked into his boots, threatening a man with a concealed knife over a dispute with a woman, assaulting a man with brass knuckles, stealing another man's jacket during an altercation, and trafficking dangerous knives.

Moody was a Maine native who grew up the coastal fishing village of Rockport and moved to Bangor in 2013, his obituary said. A self-taught guitarist, he worked as a house painter throughout his life while also playing in several heavy metal bands. He loved bluegrass music, too, and named Hank Williams III as his favorite musician.

"Jason loved the outdoors and spent much of his time fishing and teaching others to fish," his family wrote. "He was well known for his kind heart, generosity, and sense of humor. He was always offering a helping hand, and was there for his friends and family."

Speaking with the Bangor Daily News in November, his sister, Desiree Lampada, said that Moody had been someone who "lived a carefree, kind of vagabond life" and "could play just about any instrument that you put in front of him."

One of his childhood best friends, Jeremy Willey, told the paper that Moody had been quick to stand up for anyone who was being bullied or picked on, and was one of the least judgmental people that he knew.

"He had a pretty infallible moral compass," Willey said. "He really believed very strongly in right and wrong."

(Except for the headline, this story has not been edited by NDTV staff and is published from a syndicated feed.)
Comments
musician deadfacebook streamingUS Murder