US issues terrorism alert for travel to Europe 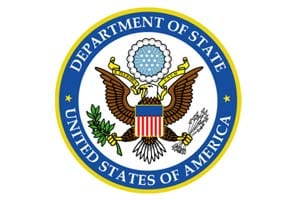 Washington: The State Department issued an alert on Sunday urging Americans traveling to Europe to be vigilant about possible terrorist attacks in a statement that specifically cites the potential involvement of Al Qaida.

The decision to caution travelers comes as counterterrorism officials in Europe and the United States are assessing intelligence about possible plots originating in Pakistan and North Africa aimed at Britain, France and Germany.

A travel alert merely urges extra caution during a specific time and does not discourage Americans from visiting Europe. An American official who confirmed the warning on Saturday, who did not want to be identified speaking about internal government deliberations, said a stronger "travel warning" that might advise Americans not to visit Europe was not under consideration.

European officials have been concerned about the impact on tourism and student travel from any official guidance to American travelers.

"Current information suggests that Al Qaida and affiliated organizations continue to plan terrorist attacks.  European governments have taken action to guard against a terrorist attack," according to the statement.

"U.S. citizens are reminded of the potential for terrorists to attack public transportation systems and other tourist infrastructure," the State Department said. "Terrorists have targeted and attacked subway and rail systems, as well as aviation and maritime services."

American intelligence officials said last week that they were pursuing reports of possible attacks against European cities, including information from a German citizen of Afghan origin captured in Afghanistan in July. The German, said to be named Ahmed Sidiqi, 36, from Hamburg, had traveled to the Waziristan region of Pakistan and received firearms and explosives training, a senior European official told The New York Times.

Mr. Sidiqi described plans for attacks by small armed groups in European cities, the official said. Other officials have said such attacks might be modeled on the 2008 assault in Mumbai. Those attacks, attributed to a radical Islamic group based in Pakistan, killed at least 173 people.

Promoted
Listen to the latest songs, only on JioSaavn.com
In August, the State Department renewed a "worldwide alert," saying officials remained "concerned about the continued threat of terrorist attacks" against Americans overseas. Any new alert would presumably be more narrowly focused.