US Missile test: The US Air Force successfully launched a Minutemen III ICBM on August 16, after postponing the test twice to avoid global tensions. 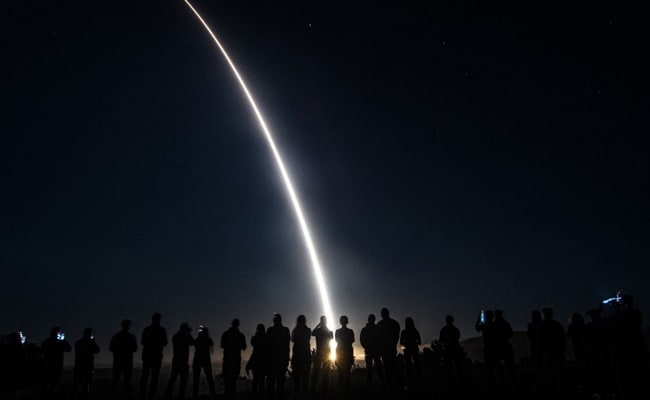 US missile test: An unarmed Minuteman III ICBM missile being launched in California.

The US military tested an unarmed intercontinental ballistic missile on Wednesday, the second in less than a month after a previous launch was delayed twice.

Washington announced the test in advance, an unusual move apparently aimed at heading off an escalation of tensions with Russia that are already heightened due to Moscow's invasion of Ukraine.

In a conflict, the re-entry vehicles would be armed with nuclear warheads.

"This test launch is part of routine and periodic activities intended to demonstrate that the United States' nuclear deterrent is safe, secure, reliable and effective," the statement said.

"This test is not the result of current world events," it added.

The US Air Force successfully launched a Minutemen III ICBM on August 16, after having postponed the test twice to avoid stoking tensions over Ukraine and Taiwan.

The Minuteman III has been in service for 50 years, and is currently the only land-based ICBM in the US nuclear arsenal. The missiles are housed in silos on three US military bases in Wyoming, North Dakota and Montana.