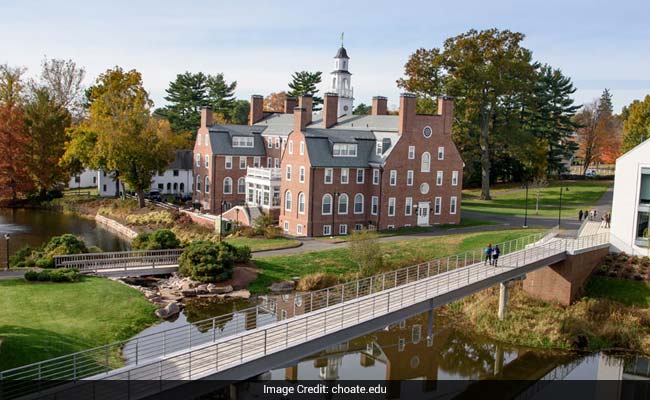 A number of prestigious private schools in the United States have been beset by similar accusations.

New York: An elite US boarding school that educated the likes of John F. Kennedy, Michael Douglas and Ivanka Trump has released a report detailing decades of alleged sexual abuse.

Choate Rosemary Hall in Wallingford, Connecticut, where tuition today costs in excess of $43,500, released a report detailing alleged sexual misconduct by 12 former teachers against students from 1963 to 2010.

The school commissioned the report after allegations came to light and in the wake of an "alarming" increase in reports from other schools. A number of prestigious private schools in the United States have been beset by similar accusations.

Choate said it had substantiated abuse dating back to the 1960s, with the greatest number in the 1980s and a "handful" of reports of sexual misconduct in the 2010s.

Both male and female former students were among the victims, it said. Claims had not been substantiated against current staff, it said.

Many said the encounters "disturbed them throughout their adult lives," the report added. None of them were reported to the police.

"Our interviews and school records showed that sometimes the school moved quickly and decisively. In other cases, it was slower to respond and allowed the faculty member to remain at the school," the report said.

Others went on to have careers at other schools.

The 48-page report included a Spanish teacher sacked after allegedly sexually assaulting a 17-year-old student in a swimming pool on a school trip to Costa Rica.

There was also a fifth-form student who allegedly contracted herpes from an English teacher and an art history teacher who allegedly refused to use condoms and forced a student to get birth control pills.

The chairman of the board of trustees and current headmaster released a letter on Thursday "profoundly" apologizing and calling the report "devastating."

(Except for the headline, this story has not been edited by NDTV staff and is published from a syndicated feed.)
Comments
Choate Rosemary Hall in WallingfordSexual Abuse ChaoteSexual Abuse In US Schools