US First Lady Jill Biden, Prince Harry, Lloyd Austin and Ken Fisher had planned to be at the games in person before they were cancelled. 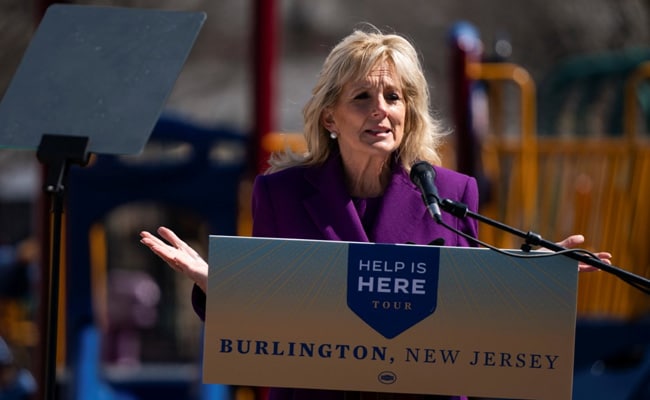 US First Lady Jill Biden will host an event along with Britain's Prince Harry for US war veterans. (File)

US First Lady Jill Biden will host a virtual event along with Britain's Prince Harry for athletes involved in the Warrior Games, an event for wounded US military veterans, the White House said late Sunday.

The US Department of Defense Warrior Games, first held in 2010, is normally an annual event "that celebrates the resiliency and dedication of wounded, ill, and injured active duty and veteran US military Service members," the Office of the First Lady said in a statement.

The 2021 Warrior Games were scheduled to start this week in Orlando, Florida, "but were canceled to ensure the health and safety of the athletes and their families due to COVID-related concerns," the statement read.

Prince Harry, a combat veteran who served two tours in Afghanistan, is founder of The Invictus Games, a multi-national sports event for wounded service members and veterans. He first attended the Warrior Games in 2013 in Colorado.

US Secretary of Defense Lloyd Austin and Ken Fisher, head of the Fisher House Foundation -- which provides housing for families of patients receiving medical care at military and Veterans Affairs medical centers -- will also be at the virtual event.

Biden, Prince Harry, Austin and Fisher had planned to be at the games in person before they were cancelled.

Jill Biden's stepson, the late Beau Biden, was a US army veteran and served one year in Iraq during the war.

The First Lady "has a long history of supporting the adaptive sporting community through Joining Forces, the White House initiative to support military and veteran families, caregivers, and survivors," the statement read.