US ex-defense secretary Jim Mattis, the first bold-name witness in Elizabeth Holmes's high-profile Silicon Valley fraud case, served from 2013-2016 on the board of her now defunct company Theranos. 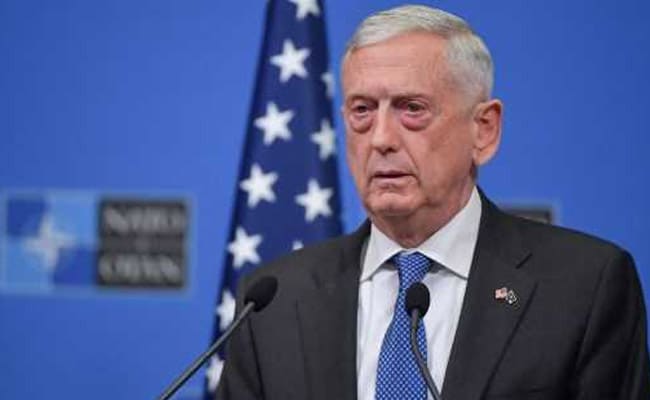 Fallen biotech star Elizabeth Holmes's grand promises for her blood testing technology captivated US ex-defense secretary Jim Mattis, he told her trial Wednesday, and he was stunned when her startup was consumed by fraud claims.

Mattis, the first bold-name witness in her high-profile Silicon Valley fraud case, served from 2013-2016 on the board of her now defunct company Theranos that had looked poised to revolutionize medical testing.

"I had been rather taken with the idea that with one drop of blood and remote capability you could basically test for a broad array of problems," Mattis told the court in California's San Jose, the city at the heart of Silicon Valley.

When she launched the diagnostics firm Theranos in 2003 at age 19, the charismatic Holmes promised results that were faster and cheaper than traditional laboratories, running an analytical gamut on just a few drops of blood.

Mattis, who served under former president Donald Trump from 2017-2019, said he was sufficiently interested in the idea to invest nearly $85,000 in Theranos.

Political grandees such as Henry Kissinger and Mattis were drawn to the startup's board, and even media mogul Rupert Murdoch invested his cash in what seemed to be a surefire winner.

Trouble is, prosecutors say, the tests did not do what was promised, and Holmes now faces fraud charges that potentially carry decades in prison.

'We had a problem'

"This was something so new, I was frankly amazed at what was possible based on what Miss Holmes said," he told the court, recounting the period after they met and discussed her idea.

She also cut quite a figure: "Sharp, articulate, committed. I was impressed by her. That didn't take the place of having the device prove itself."

Holmes asked him to join the board to help advise on building the organization, and he accepted -- but he started to hear troubling criticism about the tests, including a series of 2015 Wall Street Journal stories.

"Initially, I just thought we had a problem where we presented things wrong, an aggressive reporter misrepresented what we were trying to do," Mattis told the court.

"There came a point where I didn't know what to believe about Theranos anymore," he added, and eventually stopped attending board meetings.

Holmes was lauded as a visionary, drawing comparisons with Apple founder Steve Jobs, but the company unraveled as fraud allegations stacked up.

At one point, she had a net worth estimated at $3.6 billion, according to Forbes magazine. At the time, she was the youngest billionaire not to have inherited her fortune.

In 2018, the Securities and Exchange Commission presented the Theranos case as a lesson for Silicon Valley, a warning against the "fake it till you make it" culture.