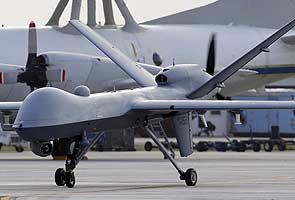 Islamabad: A UN special rapporteur investigating US drone strikes has concluded after a secret trip to Pakistan that the attacks by CIA-operated spy planes violate the country's sovereignty.

Ben Emmerson, the UN special rapporteur for protecting human rights and fundamental freedoms while countering terrorism, said the Pakistan government had informed him that it does not consent to the strikes.

He said Pakistani officials had confirmed some 400 civilian deaths in drone attacks.

Imtiaz Gul, a Pakistani analyst and author who helped Emmerson's team, told the media that he had given 25 instances of drone strikes that allegedly killed civilians.

Emmerson met Foreign Minister Hina Rabbani Khar, the Advisor to the Prime Minister on Human Rights, the head of the Senate Standing Committee on Defence, the Foreign Secretary and senior government officials.

"In order to ascertain first-hand information on drone strikes and its impact on civilians, the Special Rapporteur also met tribal Maliks and victims of drone strikes in Islamabad," the statement said.

During their interaction with Emmerson, Pakistani officials reiterated the country's "known position that drone strikes are counter-productive, against international law and a violation of its sovereignty and territorial integrity".

Emmerson said that the drone campaign "involves the use of force on the territory of another state without its consent and is therefore a violation of Pakistan's sovereignty".

Emmerson is expected to present his final report on drones during the next session of the General Assembly in October.

The strikes have triggered anger among Pakistanis because of the secrecy surrounding them and claims that they have caused significant civilian casualties.
However, Pakistani military officials have told the media that a majority of those killed in the strikes were militants.

US officials have also disputed claims that the strikes have killed a large number of civilians.

For a long time, Pakistan allowed US drones to operate from bases within the country.

Promoted
Listen to the latest songs, only on JioSaavn.com
In 2011, Pakistan forced US military personnel to vacate an airbase used by drones in the southwestern Balochistan province.