US Detention Centres Called "Summer Camps". What They Actually Look Like

Kindergartners sat on a colorful mat in a schoolhouse trailer and learned to sing, "If You're Happy and You Know It." 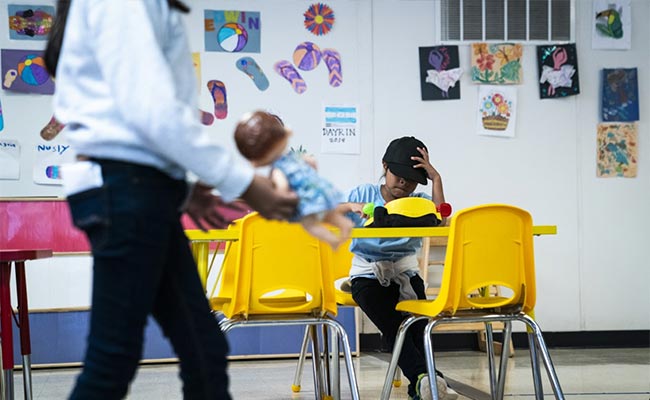 A look into the family residential center in America

More than a year after he drew criticism for comparing family detention to a "summer camp," the nation's top immigration enforcer stood in a clean hallway in America's largest family detention complex and gestured around himself.

Across the hall was a dental office, with a reclining chair and sterile instruments. The cafeteria was serving hot dogs, lime-cilantro chicken, tortillas and green salad - all you can eat. Kindergartners sat on a colorful mat in a schoolhouse trailer and learned to sing, "If You're Happy and You Know It."

ICE allowed news photographers and television cameras into the family residential center for the first time on Friday because, they said, some news reports and Congress members have confused the Border Patrol's cramped, short-term jails - criticized by immigration attorneys and Democratic lawmakers for their "horrendous" conditions - with the comprehensive family detention centers that ICE is attempting to expand.

Albence and other officials led the tour on the same day the Trump administration officially moved to terminate a court agreement that sets basic standards for the care of underage migrants, including a 20-day limit on their detention. The administration says withdrawing from the Flores Settlement Agreement, in place since 1997, would not mean families would be detained indefinitely. Officials said they hope to hold them no longer than 50 to 60 days, enough time to deport those who are ineligible for asylum and release the rest. 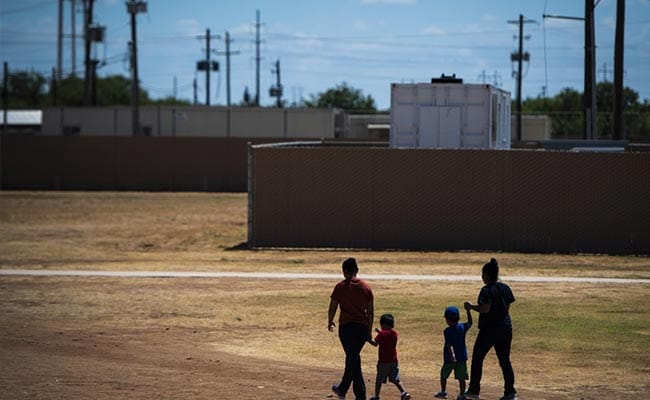 The South Texas Family Residential Center sits off a vast stretch of scrubland.

That would triple the length of time children are held, and appeals could take longer.

The South Texas Family Residential Center sits off a vast stretch of scrubland in a tiny former oil-boom town, an hour south of San Antonio. There's a Dairy Queen, a motel named White House Inn and not much else. CoreCivic, a private for-profit company that specializes in corrections and runs adult immigration jails also runs the center.

The Dilley facility is one of three family detention centers in the United States, with a total capacity of about 3,000 beds, though only two are in use. Approximately 900 parents and children were being held in Dilley and another facility in Pennsylvania as of last week.

Albence said that, unlike the Border Patrol facilities where children lacked toothbrushes and were photographed sleeping on the ground, ICE's family residential centers give children and parents three hot meals a day and access to a wide array of services, including a 24-hour infirmary, a day care, a library with internet and email access, a beauty salon, a charter school and a canteen.

Mothers and children as young as babies sleep in dorms with bunk beds and share bathrooms, with trailers divided into neighborhoods with names such as Green Turtle and Yellow Frog.

"This is clearly not a concentration camp," Albence said, referring to the "ugly rhetoric" that some activists have directed at ICE agents in recent months.

Pediatricians, child psychiatrists, immigration lawyers, congressional Democrats and others swiftly condemned the move to end Flores, and lawyers vowed to oppose the withdrawal in court. Advocates for immigrants say detaining children with hundreds of strangers is dangerous. Chickenpox, the flu and other diseases can spread quickly. Children and parents grow stressed, and some become suicidal.

The mother of a 19-month-old girl who fell ill at Dilley and died shortly after her release last year has filed a wrongful-death claim saying the girl, Mariee, was vomiting constantly and neglected at Dilley.

"Detention for any length of time, with or without their families, is bad for children," said Caryl Stern, president and chief executive of UNICEF USA, the United Nations agency that advocates for women and children in the United States, in a statement. "The proof is there. Detained children experience long-lasting harm on their well-being, safety, and development." 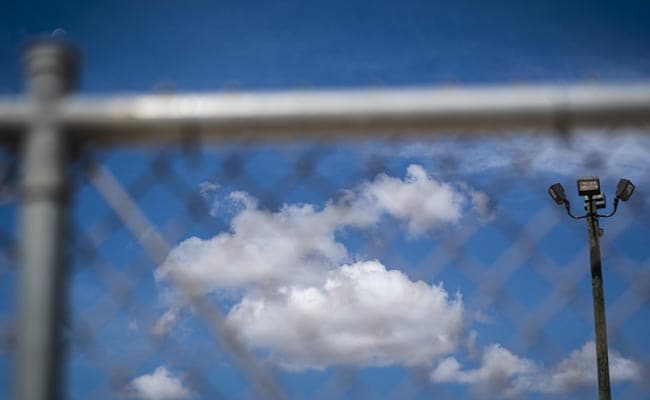 "Detention for any length of time, with or without their families, is bad for children," said president of UNICEF USA

Before the rule can take effect, officials say it must go before U.S. District Judge Dolly Gee, an Obama appointee in Los Angeles, and lawyers for both sides are scheduled to file briefs in the coming days.

Officials said Dilley is not a secure facility, and that women and children are free to wander around the campus. But if families try to leave, officials said, they could be apprehended for being in the United States illegally. ICE did not allow reporters to speak with the women and children held in Dilley on Friday.

But in interviews Thursday at a San Antonio bus station an hour north of Dilley, women recently released from the facility and heading to join friends and relatives in Miami, Dallas and other cities, said they were treated well. The food was tasty, they said, and they appreciated access to doctors and lawyers. Dilley was far better than the Border Patrol holding cells, they said, or the safe houses they stayed in during their trip through Mexico.

Still, the women said, they considered Dilley a jail.

"We didn't suffer. But we were locked up," said a 29-year-old woman who called herself Lillian because she was afraid to speak publicly, in part because she said she had fled gang members attempting to extort her in Honduras. "For me, it was being locked up. You want to work, to go out. But you're locked up."

"Mothers must not leave their children alone in any moment," not even to go to the bathroom, said signs posted in a dorm room.

If children color on walls or furniture, another rule said, "a disciplinary report will be produced."

Everyone has to make their bed, fold their clothes and place their shoes against the wall or under the bed. Officials reward migrants with prizes for the "cleanest room."

Officials said the rules are for the families' health and safety. But advocates say it traumatizes children when their parents are not in charge.

Mirian, a 25-year-old mother of three children - 11, 7 and nearly 2 years old - said she struggled to sleep at Dilley. The Honduran native had to monitor each child constantly and worried about being deported or the children falling ill.

"I didn't know if I'd ever get out," she said, asking that her name not be used.

Migrant family residential centers expanded under the Obama administration to hold rapidly growing numbers of Central American families crossing the U.S. southern border with Mexico to seek asylum. Because of the 20-day limit on detaining children, officials say they have been forced to release most families in the United States to await an immigration hearing and many disappear.

Officials say expanding family detention under the Obama administration created a deterrent that led to a marked drop in apprehensions from 68,000 family members in 2014 to nearly 40,000 the following year.

But Gee ruled in 2015 that the government could not hold children with their parents longer than 20 days in facilities that had not been licensed by states - a decision officials blame for a record spike in crossings, more than 400,000 this fiscal year.

Gee ruled last year that "any number of other factors could have caused the increase in illegal border crossings, including civil strife, economic degradation, and fear of death in the migrants' home countries."

Trump administration officials say they are confident that detaining families can resolve the immigration cases quickly and combat smugglers' claims in Central America that it is easy to enter the United States if migrants travel with a child.

(Except for the headline, this story has not been edited by NDTV staff and is published from a syndicated feed.)
Comments
Immigration and Customs Enforcementfamily detention complexAmerica