"Because you have the right to have a Secretary of Defense whose views are better aligned with yours ... I believe it is right for me to step down from my position," Mr Mattis said in a letter to Trump. 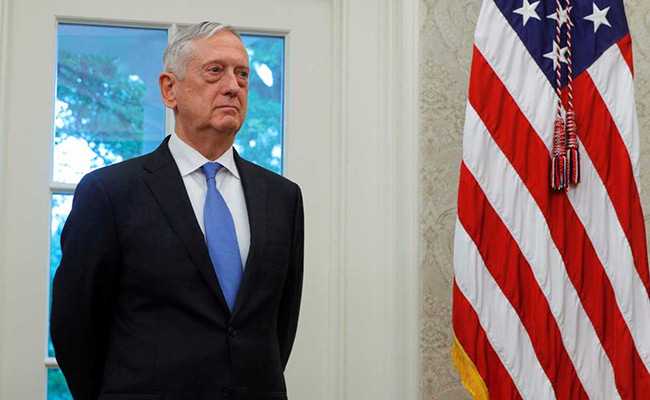 US Defense Secretary Jim Mattis resigned on Thursday, a day after President Donald Trump shocked the US establishment by pulling out of Syria.

In a letter to Trump, Mattis suggested his world view, which favors traditional alliances and standing up to "malign actors," stands at odds with the president's.

"Because you have the right to have a Secretary of Defense whose views are better aligned with yours on these and other subjects, I believe it is right for me to step down from my position," Mattis wrote.

Moments before the Pentagon released Mr Mattis's letter, Trump tweeted that his defense secretary would be retiring "with distinction, at the end of February."

"During Jim's tenure, tremendous progress has been made, especially with respect to the purchase of new fighting equipment," Mr Trump said.

"General Mattis was a great help to me in getting allies and other countries to pay their share of military obligations. A new Secretary of Defense will be named shortly. I greatly thank Jim for his service!"

Mr Mattis's departure is not a total surprise for Washington observers.

General Jim Mattis will be retiring, with distinction, at the end of February, after having served my Administration as Secretary of Defense for the past two years. During Jim's tenure, tremendous progress has been made, especially with respect to the purchase of new fighting....

Time and again, especially of late, Trump has followed his gut and ignored Mattis's advice.

Trump's decision to pull the 2,000 or so US troops out of Syria was a stunning rebuke to Mattis, who had warned that an early withdrawal from Syria would be a "strategic blunder."

The men have previously clashed on numerous other issues -- including the Iran nuclear deal, which Trump pulled out of in May while Mattis defended parts of it.

The Pentagon chief was also against the creation of a separate new branch of the US military called Space Force, but Trump ordered it anyway.

Meanwhile, the biggest deployment Mattis has ordered so far was one to the US border with Mexico, a mission that only has loose military utility and one that critics have assailed as a political stunt.