While the US Congress blocked the sales with a comfortable majority, it was about 50 votes shy of the two-thirds needed to override Trump's veto. 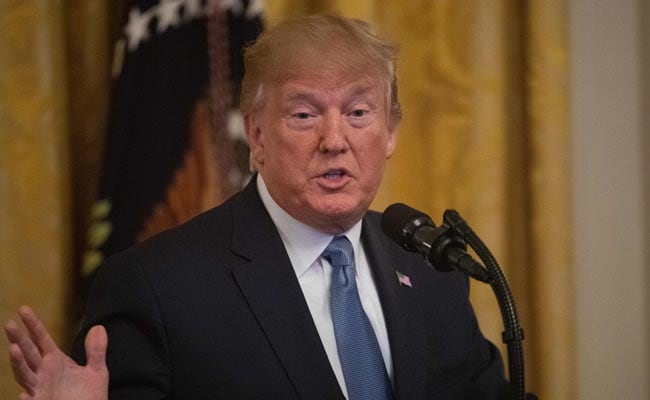 The US House voted Wednesday to block $8.1 billion in arms sales to Saudi Arabia and other allies, a rebuke of Donald Trump that will likely lead to a veto by the president.

Lawmakers, many of whom are outraged with the kingdom over Riyadh's role in the murder of Saudi journalist Jamal Khashoggi last year, approved three resolutions that would prevent the controversial sales announced under emergency measures earlier this year by Trump.

The resolutions blocking the sales have already cleared the US Senate, and now go to the White House, where Trump is expected to issue a veto, the third of his presidency.

While the House blocked the sales with a comfortable majority, it was about 50 votes shy of the two-thirds needed to override Trump's veto.

Trump is seeking 22 separate sales of aircraft support maintenance, precision-guided munitions and other weapons and equipment to Saudi Arabia, the United Arab Emirates and Jordan at a moment of heightened tensions in the Middle East.

Critics say the arms sales would aggravate the devastating war in Yemen, where Saudi Arabia is leading a US-backed coalition in a battle against the Iranian-supported Huthi rebels, and which the UN said has triggered the world's worst humanitarian crisis.

"When we see what's going on in Yemen, it's so important for the United States to take a stand," House of Representatives Foreign Affairs Committee chairman Eliot Engel said on the House floor.

The veteran Democrat concurred that the threats from the Iranian-backed Huthis were real, "but that doesn't mean we should just look the other way in the face of violence and the slaughter of civilians."

Trump's administration took the extraordinary step of bypassing Congress to approve the sale in May, as his administration declared Iran to be a "fundamental threat" to the stability of the Middle East.

Secretary of State Mike Pompeo had said the administration was responding to an emergency caused by Saudi Arabia's arch foe rival Iran, which backs the Huthi rebels in Yemen.

Lawmakers including some Senate Republicans have said there were no legitimate grounds to circumvent Congress, which has the right to disapprove arms sales.

Last month Senator Lindsey Graham delivered a stinging rebuke of the arms sales and Riyadh, saying he hoped the vote would "send a signal to Saudi Arabia that if you act the way you're acting, there is no space for a strategic relationship."

The senator was referring to last year's brutal murder of Khashoggi in Turkey at the hands of Saudi agents, an incident that triggered a full-blown crisis in Riyadh's relations with the West.

But Michael McCaul, the top Republican on the House Foreign Affairs Committee, criticized the resolutions as "dangerous" at a time Iran is expanding its reach.

"Iran is stretching its tentacles of terror across the Middle East," he said in a statement.

"If we allow them to succeed, terrorism will flourish, instability will reign, and the security of our allies, like Israel, will be threatened," he added.