It all started on September 1, when the president tweeted that states including Alabama "will most likely be hit (much) harder than anticipated" a few days after the fierce Atlantic storm became a hurricane. 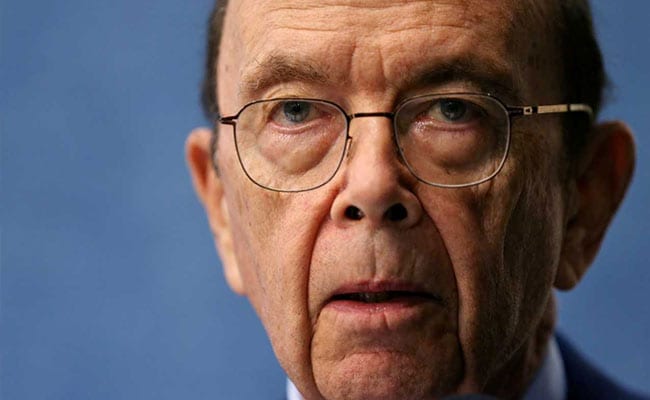 Senior government meteorologists are in open rebellion against Donald Trump

Dorian may have blown out to sea, but the US weather service now finds itself buffeted by strong political winds, with senior government meteorologists in open rebellion against Donald Trump.

It all started on September 1, when the president tweeted that states including Alabama "will most likely be hit (much) harder than anticipated" a few days after the fierce Atlantic storm became a hurricane.

Exactly 20 minutes later, the National Weather Service in Birmingham, Alabama tweeted directly contradicting the president: "Alabama will NOT see any impacts from #Dorian. We repeat, no impacts from Hurricane #Dorian will be felt across Alabama."

President Trump hit back with eight more tweets in the following days, and a now infamous episode in which he presented a forecasting map that was doctored to include the southern state, apparently using a black Sharpie pen.

Dorian never touched Alabama, but by Friday, the National Oceanic and Atmospheric Administration, the agency which oversees the NWS, backed Mr Trump and chastised the authors of the tweet from NWS Birmingham for dealing in "absolute terms."

The probability of relatively strong winds hitting Alabama ranged from zero to 20 percent at the time of the NWS tweet -- but there was no prediction for hurricane force winds.

That has not stopped commerce secretary Wilbur Ross from threatening to fire senior officials if they do not issue a public communique defending the president, the New York Times reported Monday.

Standing ovation
Meteorologists were stunned by what they saw as political interference, and the head of the NWS, Louis Uccellini, publicly defended his employees at an annual conference held Monday -- in Alabama.

"When the phones and the social media lit up about 10:00 am Central Time on September 1st, they did what any office would do," he said. "With an emphasis they deemed essential, they shut down what they thought were rumors."

"The Birmingham office did this to stop public panic, to ensure public safety, the same goal as all the National Weather Service offices were working toward at that time," he added, before asking the audience to join him in applauding those responsible.

The hall responded with a standing ovation.

"This has become a political situation, and it shouldn't be, because we're trying to save lives," Bill Murray, the president of the Weather Factory private forecasting firm in Birmingham, who attended the meeting, told AFP.

"We totally stand with the National Weather Service in Birmingham, all meteorologists do," he added.

Crucial policy decisions depend on weather forecasts -- and the stakes are even higher when it comes to hurricanes, which are tracked by the National Hurricane Center in Miami, a small operation based in Miami that falls under the NOAA.

The NHC's predictions about possible hurricane pathways lead in turn to evacuation zones, and creating a zone that is too small based on a faulty forecast can cost lives.

But erring too greatly on the side of the caution can spread panic and lead to the unnecessary movement of millions of people.

Trajectory predictions have come a long way in recent years -- the expected forecast accuracy for a hurricane hitting in three days is about the same as it was for a one and a half day forecast just over a decade ago.

For Mr Murray, Dorian was in fact a "success story" because meteorologists helped minimize disruption, particularly in Florida where Miami Airport was never shut down.

Mr Trump tweeted over the weekend that the so-called "Sharpie-gate" scandal was "fake news" kept alive artificially by a hostile media.

The affair however could continue Tuesday when Neil Jacobs, the head of the NOAA, is set to speak at the same conference.