US Caregivers Taunt 91-Year-Old With Dementia On Video, Lawsuit Says

Margaret Collins, who has dementia, does not like hospital gowns and prefers to wear her own clothes, according to a lawsuit filed in Cook County Circuit Court on Wednesday. 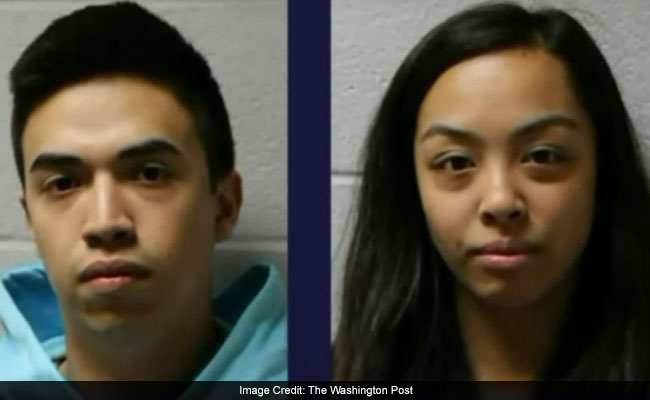 Caregivers Brayan Cortez and Jamie Montesa, named as defendants in the suit, were charged January 8

An Illinois family is suing a nursing home and two of its former employees after a video appears to show caregivers taunting a 91-year-old woman.

Margaret Collins, who has dementia, does not like hospital gowns and prefers to wear her own clothes, according to a lawsuit filed in Cook County Circuit Court on Wednesday. That's why she appears so troubled in the video, as a worker continually places the gown on her and she swings her arms to push it away from her bed.

The workers, who the lawsuit alleges knew Collins did not like the gowns, attempted to make her wear the gown and "used their position of power and influence to harass, taunt, bully, degrade and take advantage of Margaret."

The interaction was recorded and posted on Snapchat with the caption "Margaret hates gowns!" along with a laughing-crying emoji in December 2018, according to the lawsuit. A former employee of The Abington of Glenview Nursing Home saw the video and shared it with Collins's family, according to the family's attorney, Margaret Battersby Black. Collins has since been moved to a different facility.

"It was total disbelief," Joan Biebel, one of Collins's daughters, said of the first time she saw the video. "As it sunk in, I do have to admit, I was starting to feel a bit of almost rage that somebody that we trusted to take care of our mom, that we thought she was absolutely safe and in a good place, was taking advantage of her."

Caregivers Brayan Cortez and Jamie Montesa, named as defendants in the suit, were charged Jan. 8 with disorderly conduct, according to police reports. They were placed on a six-day suspension but were fired after they were charged, according to Battersby Black.

Cortez told police that he and Collins had an inside joke about her not wanting to wear a hospital gown and did not know Montesa was recording the video, according to police records. Montesa told police that she thought the interaction made Collins uncomfortable and that she had filmed it without Collins's knowledge or permission.

"They were supposed to be caring for her," Collins's son, Tom, said in a statement, "but instead they frightened her and wanted to embarrass her."

Cortez and Montesa could not immediately be reached for comment.

Collins began "suffering from nightmares" after the incident, the lawsuit alleges, and needed a full-time caregiver at night.

The Illinois Department of Public Health cited The Abington of Glenview for a failure to implement its own abuse prevention policy with regard to Collins, the lawsuit said.

According to a local news station, administrators from the nursing home said in a statement that "the privacy and dignity of our residents are of the utmost concern at The Abington. Recently, two employees were immediately terminated when it was determined that they violated our standards and policies."

Biebel said that it was challenging to move Collins to a different facility and that the incident has had a lasting negative effect on her.

"My mom is a frail, small, kindhearted person," Biebel said. "It just seems so unbelievable that this could happen to her."

Battersby Black said that part of the family's concern surrounds what else might have gone on in the facility and that Collins's loved ones hope the lawsuit will bring more information to light.

"If they're capturing this on camera and broadcasting it on social media, what else is happening?"

(Except for the headline, this story has not been edited by NDTV staff and is published from a syndicated feed.)
Comments
US caregiverscaregiversdementia caregivers