Rioters breached barricades set up by the under-staffed police force and swarmed the Capitol, disrupting the certification of Joe Biden's election and forcing the evacuation of Vice President Mike Pence and other lawmakers. 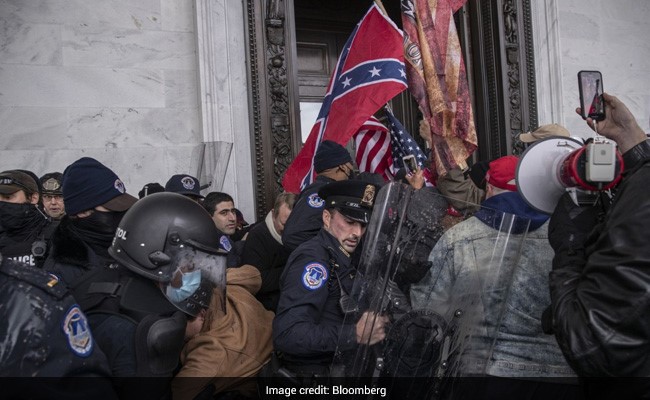 The U.S. Capitol Police force was caught unprepared by a mob of pro-Trump extremists on Wednesday, in a failure to protect the seat of American democracy unparalleled in modern times.

Rioters, many bearing Trump garb, breached the barricades set up by the under-staffed police force and swarmed the Capitol, disrupting the certification of President-Elect Joe Biden's election and forcing the evacuation of Vice President Mike Pence and other lawmakers.

One woman was shot and killed by a Capitol Police officer, Metropolitan Police Chief Robert Contee III told reporters on Wednesday night, without providing more details about the circumstances of the shooting. He said at least 14 officers were also injured, one seriously, during the disruptions.

Calm was eventually restored after the National Guard was called out and more than a dozen people were arrested. Washington Mayor Muriel Bowser ordered a 6 p.m.-6 a.m. curfew and later extended an emergency declaration for 15 days, pushing it just past Biden's Jan. 20 inauguration.

Senator Roy Blunt, a Missouri Republican, said the breach on Wednesday requires another look at the crowd security plans for Biden's inauguration on Jan. 20.

"I think, you know, that's always a high security moment anyway because we're outside and it has so many different targets to it. There's always a significant security concern there," said Blunt, the chairman of the Joint Congressional Committee on Inaugural Ceremonies.

U.S. Capitol security needs a total overhaul. The physical breaching and desecration of our temple of democracy must never happen again. This was plainly a failure.

But Blunt told reporters that the events Wednesday "obviously means you want to look more; you want to take one more really hard look at what you thought your crowd security concerns might be for Jan 20."

With Washington routinely the scene of large protests, the Capitol Police "should have been preparing for this for years," said Daniel Schuman, policy director at Demand Progress, an advocacy group. "So the question is, 'Why did they fail so terribly?"'

The failure is all the more remarkable because local authorities were on high alert over the arrival of thousands of Trump supporters as they gathered to hear the defeated president -- who had invited the protests -- bemoan the unfounded allegations of election fraud.

"They knew this group was coming, they knew it was going to be enormous but they didn't do any preparation to control the crowd such as fencing, barricades, and cement structures to prevent traffic and people flow," said Timothy Dimoff, a former SWAT force member who runs a security consulting company.

A spokesperson for the Capitol Police did not respond to a request for comment on criticism surrounding preparations for the day. 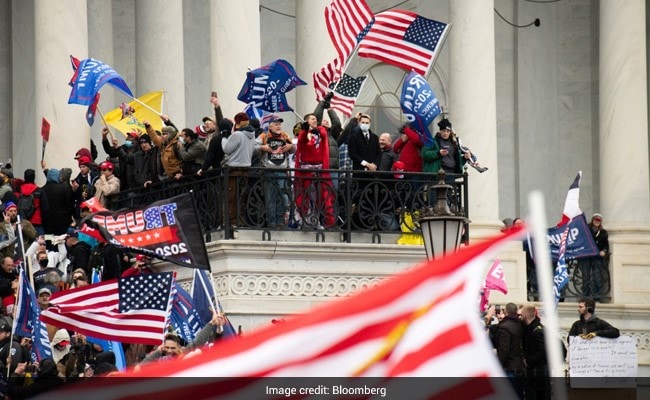 The mayhem shortly after midday signaled the start of an extraordinary episode that saw District of Columbia police, officers from neighboring Virginia and Maryland, and the D.C. National Guard join to recover control of the U.S. Capitol from the president's supporters.

"It was clear that the crowd was intent on causing harm to our officers by deploying chemical irritants on police, to force entry into the United States Capitol building," Contee said at an earlier news conference. 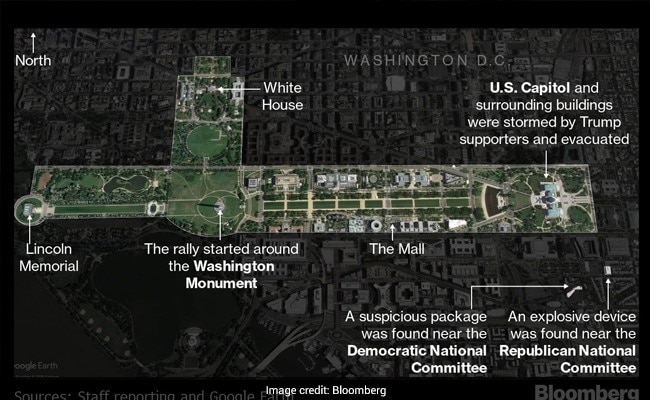 "What we witnessed was unlawful and riotous behavior," Contee said.

Protesters flooded the building, with some of them entering the Senate chamber and sitting at the dais while one man apparently entered House Speaker Nancy Pelosi's office. Video on social media showed a police officer desperately trying to hold back more than a dozen protesters as they ran up the stairs inside the building.

Around 3 p.m., the District of Columbia's National Guard called out its entire roster of about 1,100 people to help restore control, Army Secretary Ryan McCarthy said. The D.C. National Guard is unique among such forces because it reports only to the president.

By nightfall, police were using flash-bang devices to disperse crowds around the building. The Capitol was declared secure on Wednesday evening, about four hours after the mob stormed the building. Debate on certification of the Electoral College soon resumed, with lawmakers clearly shaken by the day's events. 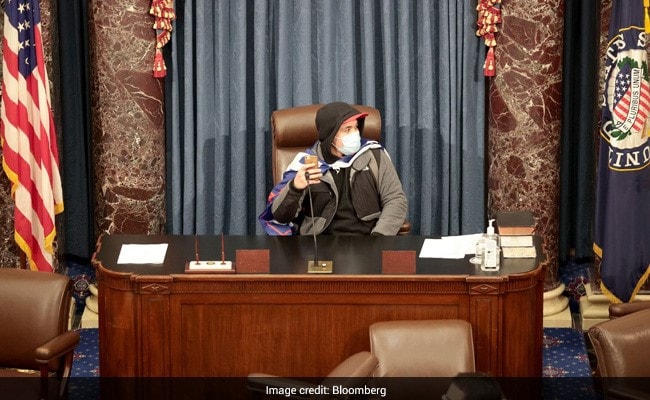 Protesters flooded US Capitol building, with some entering the Senate chamber, sitting at the dais

On the floor of the Senate Wednesday evening, Democratic leader Chuck Schumer called the breakdown at the Capitol "a stain on our country not so easily washed away." Many Republicans put the blame on Donald Trump, with longtime ally Senator Tom Cotton of Arkansas saying it was "past time for the president to accept the results of the election, quit misleading the American people, and repudiate mob violence."

While Trump eventually told violent protesters who stormed the U.S. Capitol to "go home now," he earlier egged them on to help stop the transfer of power from taking place.

"President Trump doesn't say go out and attack the Capitol but he is encouraging people to believe that the election was stolen," said Jessica Stern, a professor on terrorism and white supremacy at Boston University. "The pressure has built up to the point they felt inspired to act now."

The Capitol Police force describes its mission as protecting "Congress, Members of Congress, employees, visitors, and Congressional buildings and grounds from crime, disruption, and terrorism."

The department has an authorized sworn strength of more than 2,000 and an annual budget of $460 million. In addition it has more than 350 civilian personnel who provide operational and administrative support.

"You saw the Capitol Police do what they do every day. They risked their lives for us," Scalise said in a statement after the Capitol had been secured. "They keep the Capitol safe - those heroes that we love."

But Democratic Representative Tim Ryan of Ohio, chairman of the panel responsible for funding the Capitol Police, told reporters that some law enforcement officials should lose their jobs.

"It's pretty clear that there's going to be a number of people who are going to be without employment very, very soon," Ryan said in a digital press conference Wednesday. He criticized "the lack of professional planning and dealing with what we knew was going to occur."

Ryan, chairman of the House Appropriations Legislative Branch subcommittee, said he talked to House Sergeant at Arms Paul Irving and Capitol Police officials about the long-planned protest as recently as Tuesday, and that it was clear demonstrators were not supposed to be "anywhere near the Capitol," instead restricted to a nearby area to "protest and express your view," Ryan said.

"The breach today at the U.S. Capitol raises grave security concerns," Lofgren said in a statement.

"There were clearly enormous strategic and planning failures by the Capitol Police, by the sergeant at arms, and anybody else who was a part of coordinating this effort here," Ryan said.

The U.S. Capitol Historical Society, a congressionally chartered educational group, posted a message on its website Wednesday under the heading, "Democracy is Stronger Than Terror."

The then-unfinished building first housed Congress in 1800 and was famously overrun and burned by British troops in 1814, during the War of 1812.